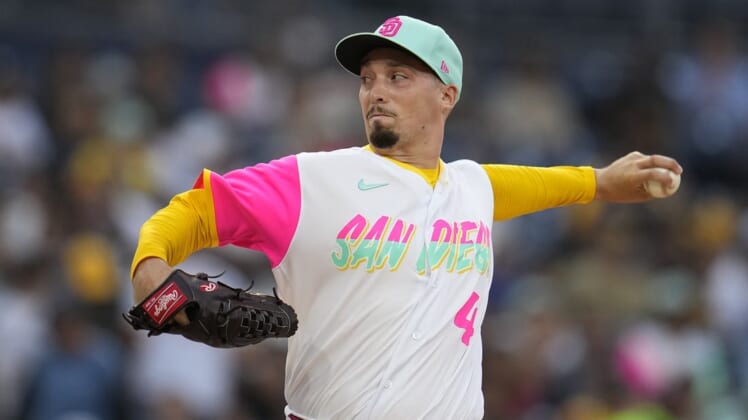 San Diego pitcher Blake Snell was cleared by the Padres’ medical team to start on Friday against the Washington Nationals, just a day after his vehicle was hit by a suspected drunk driver.

The incident took place around 11 p.m. PT on Thursday, shortly after the Padres lost the series opener against the Nationals.

The crash took place while Snell, 29, was pulled over by police, though it is unclear what the alleged violation was. After pulling off to the right shoulder on north Interstate 5, the suspected drunk driver lost control and struck the driver side of Snell’s car.

“Physically he’s fine,” Padres manager Bob Melvin said before the Friday game, “but that can shake you up a little bit. But our guys checked him out today. And we’ve talked to him. And he’s ready to pitch. So I think we probably got lucky.”

Snell’s passenger complained of pain but was evaluated at the scene and cared for without being hospitalized.

The suspected drunk driver, a 39-year-old man from Vista, Calif., was arrested by Highway Patrol officers and was in custody Friday afternoon at the San Diego Central Jail, according to the San Diego Union Tribune.