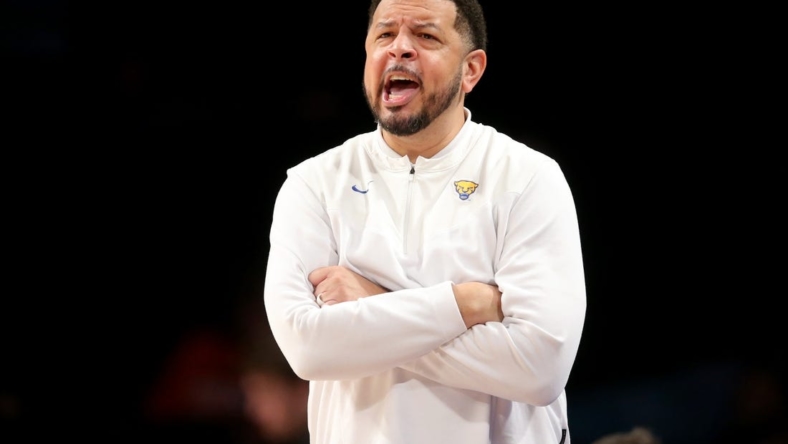 Blake Hinson had 27 points and 13 rebounds and Federiko Federiko added 13 points to lead Pitt to a season-opening 80-58 victory over visiting UT Martin on Monday.

Hinson went 9 for 18 from the field, including 4 for 12 from beyond the arc, while Federiko shot 6 for 7 from the field and added seven rebounds.

UT Martin was led by KJ Simon, who had 11 points and five rebounds, with Parker Stewart adding nine points and three rebounds.

Pitt took its largest lead of the game at 78-45 following Burton’s two free throws with 3:31 left in the game.

The Panthers never trailed against the Skyhawks, who were stifled by Pitt’s defense. UT Martin shot just 20 for 62 (32.3 percent) from the field, including a woeful 3 for 19 (15.8 percent) from 3-point range. The Skyhawks committed 17 turnovers that the Panthers converted into 25 points.

The Panthers also dominated the first half.

UT Martin struggled mightily offensively in the first half.

Stewart scored seven points, but no other Skyhawk scored more than four points. The Skyhawks shot 9 for 28 (32.1 percent) from the field, including an abysmal 1 for 12 from 3-point range.