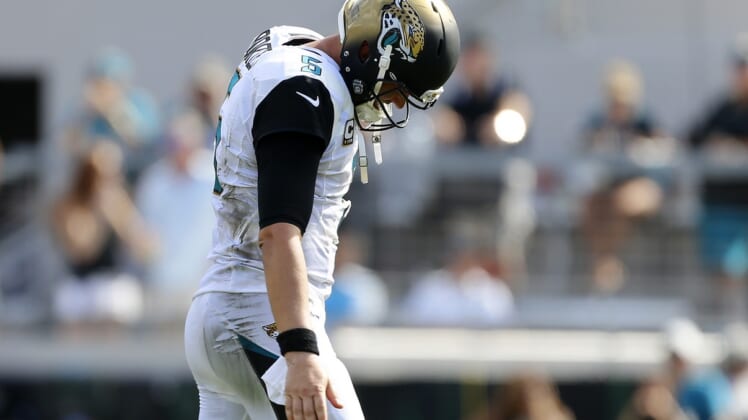 Coach Marrone announces that Cody Kessler will start at QB on Sunday against the Colts. pic.twitter.com/8z2YKauDWg

Clearly, the brass in Jacksonville had it up to “here” with how the offense had performed.

As it pertains to Bortles, this really isn’t surprising. The former No. 3 overall pick has been dismal all season long. He had a couple of awful interceptions on Sunday during the team’s loss to the Buffalo Bills and has thrown 10 interceptions compared to just 13 touchdowns this year.

The Jaguars were a sexy pick to land in the Super Bowl this year. Instead, they’re near the bottom of the pile in the AFC and have lost seven games in a row. Bortles had a lot to do with the downfall, but there’s also plenty of blame to go around.

Kessler is a career backup. In limited time this year, he’s completed 70 percent of his passes with 156 yards, one touchdown and one interception.