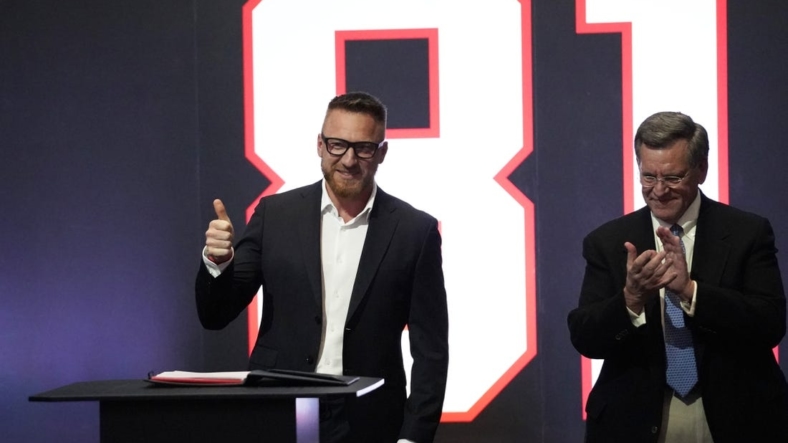 The Chicago Blackhawks will retire Marian Hossa’s No. 81 prior to the team’s game against the Pittsburgh Penguins on Nov. 20.

Hossa will become the eighth player in franchise history to have his number retired.

Additionally, the first 10,000 fans to enter the United Center on Nov. 20 will receive a miniature replica Hossa banner.

The Blackhawks announced the news Wednesday after revealing their promotional schedule for the 2022-23 regular season.