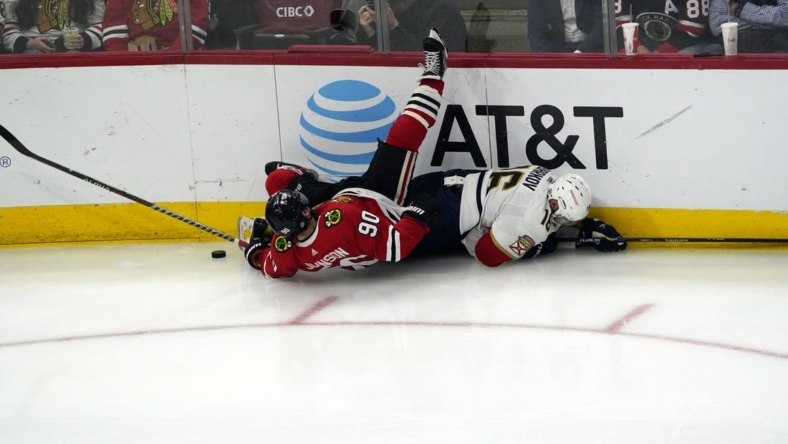 He suffered the injury Tuesday night in a collision with Florida’s Aleksander Barkov in the third period. The Blackhawks won the game, their fourth straight. Johnson needed help getting off the ice. He was seen in a walking boot after the game.

Johnson will have to miss at least seven days on IR, but coach Luke Richardson said he’ll likely miss a month.