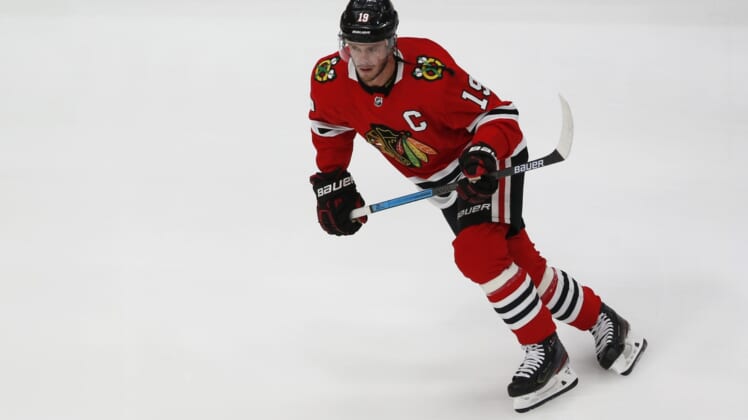 Chicago Blackhawks captain Jonathan Toews shed light on the mysterious medical condition that sidelined him this season during a video he released over social media on Wednesday.

“So what they are calling it was Chronic (Inflammatory) Response Syndrome, where I just couldn’t quite recover and my immune system was reacting to everything I did,” Toews said in a video on Twitter. “Any kind of stress, anything I would do throughout the day, had a stress response. So I took some time. That was the frustrating part, not knowing how or when we were going to get over the hump.”

Toews, 33, said he fully intends to return for the 2021-22 season. The three-time Stanley Cup champion announced in December that his primary concern was feeling constantly drained and lethargic.

“I wasn’t too vocal about the things I went through this year,” Toews said. “I appreciate the understanding and support and wanted to share this message on where I’m at.”

Toews has recorded 815 points (345 goals, 470 assists) in 943 career games since being selected by the Blackhawks with the third overall pick in the 2006 NHL Draft.