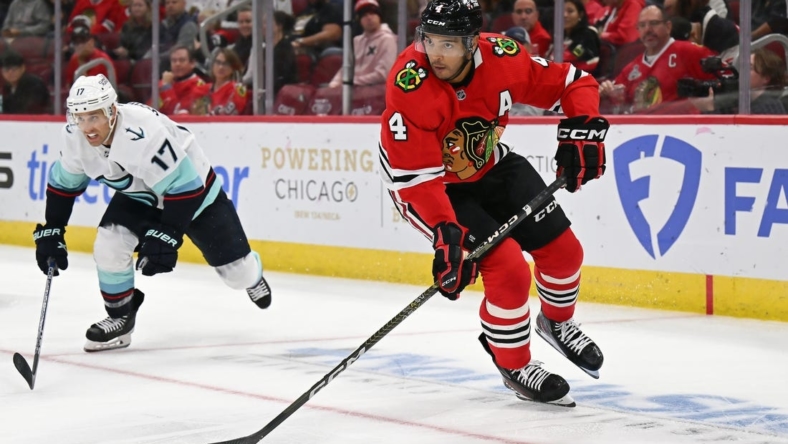 The Chicago Blackhawks announced Sunday that defenseman Seth Jones had a right thumb injury that would keep him out for three to four weeks.

It was not immediately clear when or how Jones hurt the thumb. He appeared in the Blackhawks’ most recent game, a 4-3 overtime loss to the Buffalo Sabres on Saturday, and skated for 24:08 of ice time.

Jones, 28, has recorded four assists over eight games to start his second season with the Blackhawks. Chicago traded for Jones ahead of the 2021-22 season and signed him to an eight-year, $76 million contract extension.