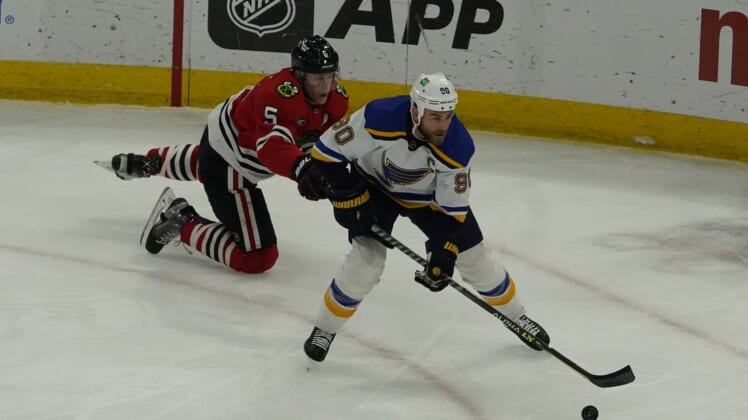 Chicago Blackhawks defenseman Connor Murphy was taken off the ice on a stretcher after being driven into the boards face-first early in the first period of their game against the Ottawa Senators on Saturday night.

Murphy was injured 2:40 into the game when Ottawa forward Parker Kelly hit him and drove his face into the glass. Kelly was given a five-minute major penalty for boarding and a game misconduct.

Though Murphy was down on the ice for several minutes before being placed on the stretcher, he gave a thumbs-up to the crowd as he was leaving the ice.

The Blackhawks said Murphy would not return to the game and would remain at Canadian Tire Centre under the supervision of the team’s medical staff. He missed time in December with a concussion.