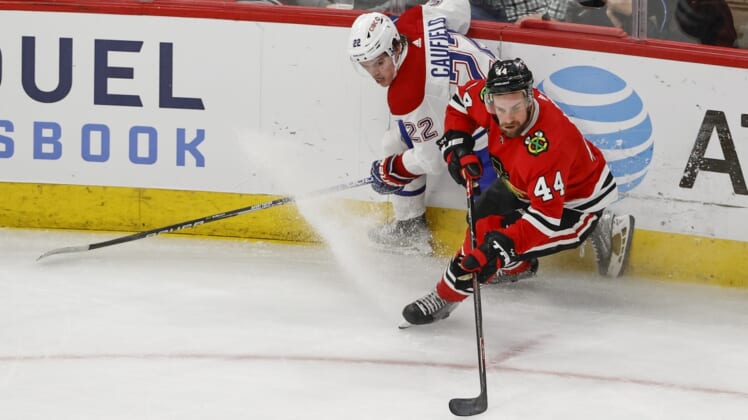 Chicago Blackhawks defenseman Calvin de Haan was fined $2,500 by the NHL on Friday for a dangerous trip against Montreal Canadiens forward Cole Caufield.

The incident occurred at 6:22 of the third period in the Blackhawks’ 3-2 overtime victory on Thursday. de Haan was not whistled for a penalty on the play.

He has three points (one goal, two assists) in 33 games this season and 114 points (16 goals, 98 assists) in 484 career games with the New York Islanders, Carolina Hurricanes and Blackhawks.