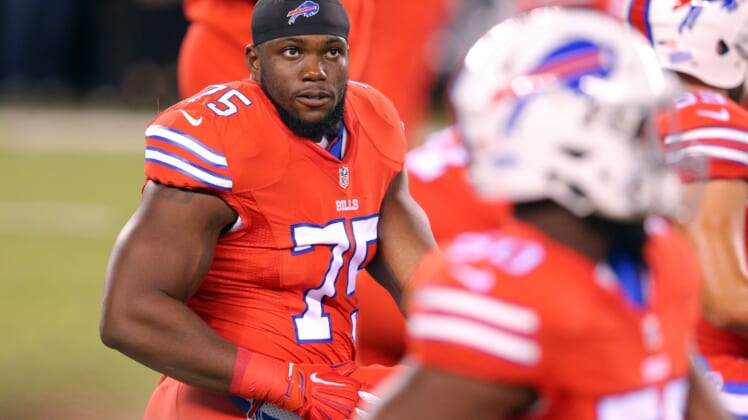 One of the harsh realities for NFL players is how quickly their fortunes change, oftentimes for the worse. Such was the case for IK Enemkpali, who was waived/injured on Monday to make room for his replacement, Kroy Biermann.

The Bills announced the move to let Enemkpali go in the same news release that introduced Biermann to the squad.

Not two days ago, the outside linebacker was impressing coaches with his fine play during the Bills’ first preseason game of the season. He had two tackles and a quarterback hit before suffering a painful knee injury and being carted off the field.

Then on Monday the Bills got the bad news confirming that Enemkpali tore his ACL and would miss the season.

Head coach Rex Ryan has his eyes on Enemkpali as a potential replacement for Mario Williams, especially after the team lost rookie Shaq Lawson for an extended period of time this offseason.

Of course, fans will likely remember Enemkpali for knocking out Geno Smith when he was still a member of the New York Jets in 2015. He also got into it with a Bills teammate during practice exactly one year to the date of his KO of Smith.

The Bills surely hope Biermann can give them some meaningful production off the edge. A player who has never really risen above the level of a rotational component, he isn’t likely going to give them the spark they need.

A team that is dreadfully thin at outside linebacker, Buffalo cannot afford any more injuries to this position.