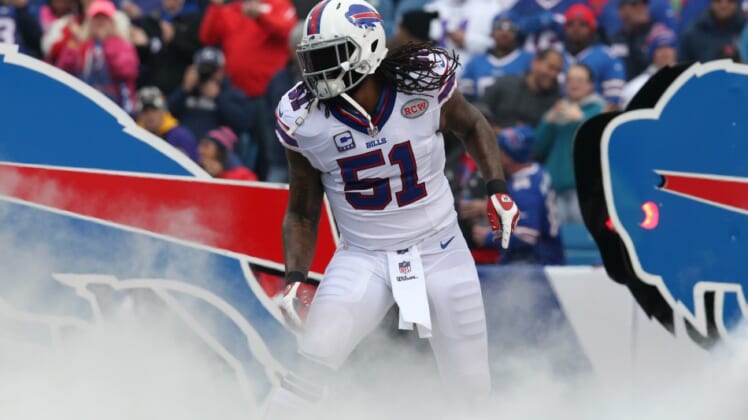 Brandon Spikes is headed back to New York to play for the Buffalo Bills once again after being out of the league last year. He’s signing a one-year deal and is a nice backup plan if rookie Reggie Ragland’s injury ends up being a long-term issue.

One-year deal for Brandon Spikes with the Bills. He turns 29 on 9/3.

Spikes started 10 games for the Bills in 2014 after spending his first four years with AFC East rival New England Patriots. He was signed back to the Patriots before the 2015 season but was released after being investigated in a hit-and-run incident.

A two-down thumper of a linebacker, Spikes struggles to cover running backs and tight ends on obvious passing downs.

Provided he’s healthy, however, he should be a boon against the run, especially if Ragland is out for the year. The rookie out of Alabama suffered a knee injury this past week that has head coach Rex Ryan “very concerned.”