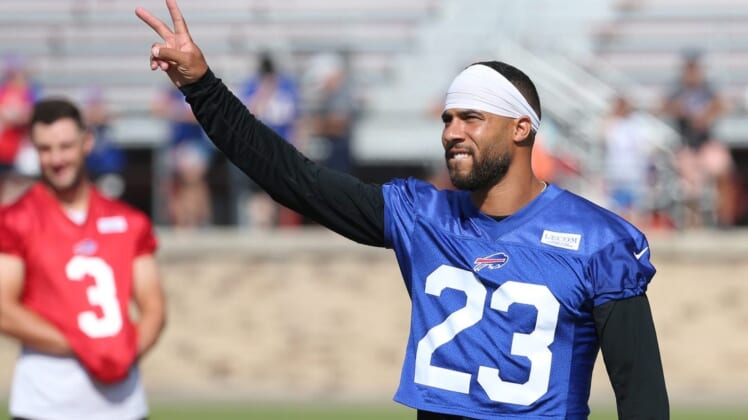 Buffalo Bills safety Micah Hyde sustained a hip/glute injury during the 11-on-11 team portion of practice on Friday at St. John Fisher University in Pittsford, N.Y.

Hyde was injured after he came down with an interception on an overthrow to Stefon Diggs. He stayed on the ground for several moments while fellow safety Jordan Poyer summoned the trainers.

Hyde was able to walk off the field on his own power before riding in a cart to the facility for additional evaluation. NFL.com reported the injury is considered minor.

He has 583 tackles and 22 interceptions in 142 career games (112 starts) with the Green Bay Packers and Bills. He was selected by the Packers in the fifth round of the 2013 NFL Draft.