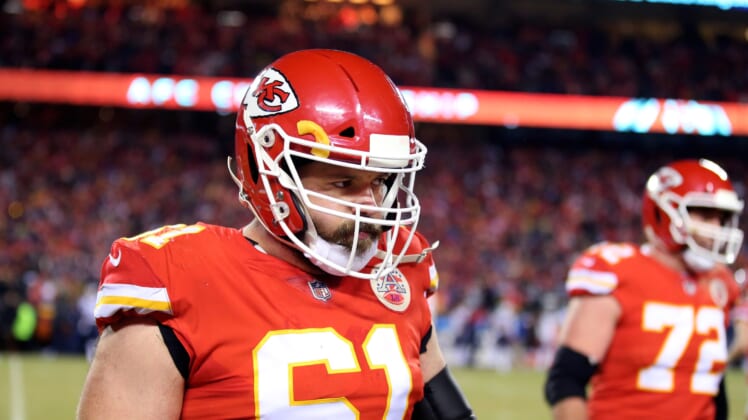 A day that has seen record-breaking contracts thrown out at an alarming clip has continued with this doozy.

According to NFL Media’s Mike Garafolo, the deal will pay Morse $11-plus million per season. This makes him the highest-paid center in the league.

Morse will get north of $11m per season, which will make him the league’s highest-paid center. At least for now. Matt Paradis has yet to agree to a deal. https://t.co/6d9eSXyJEy

This deal outpaces the $11 million average annual salary Maurkice Pouncey and Jason Kelce are earning on deals they signed with their respective teams earlier in the offseason.

Morse, 26, has started all 49 games in which he’s appeared since being a second-round pick back in 2015. According to Pro Football focus, the former Missouri standout has not allowed a since sack since his rookie season.

Morse joins the likes of Landon Collins, Kwon Alexander and Trent Brown as players who have reset the market at their respective positions since the start of the legal NFL tampering period Monday morning.