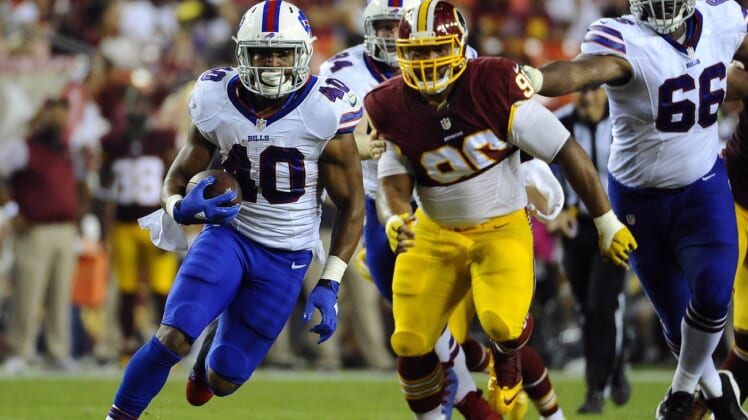 Buffalo Bills running back Jonathan Williams got some great news when he was found not guilty for a DUI arrest back in 2016.

According to TMZ Sports, the prosecution didn’t have enough evidence to support the claim that Williams was intoxicated while driving.

Williams pleaded his case with the officer who pulled him over (watch here), admitting he did drink a 40 oz. beer before he drove while refusing a breathalyzer test.

“The prosecution simply didn’t have enough evidence to prove he was intoxicated,” Williams’ lawyer Shane Wilkinson told TMZ Sports. “Jonathan is a good person and he is glad this is behind him so he can concentrate on his family and football.”

Williams was originally a fifth-round pick by the Bills in the 2016 NFL Draft. He carried the ball 27 times for 94 yards and one touchdown last year in a reserve role. He’ll have an opportunity to make a bigger impact this year for Buffalo now that Mike Gillislee is with the New England Patriots.