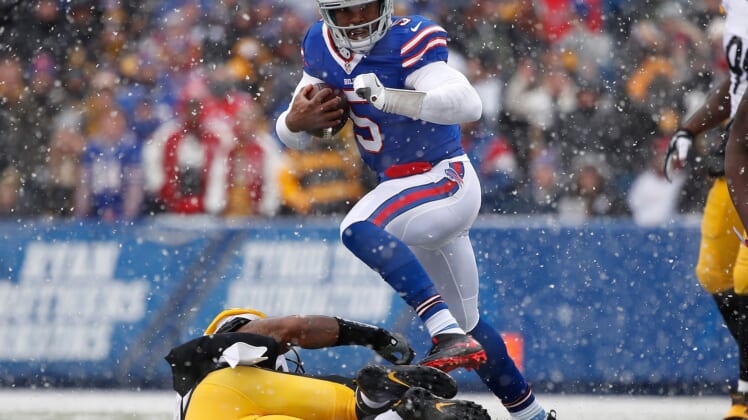 With a new staff coming in to Buffalo, led by former Carolina Panthers defensive coordinator Sean McDermott, it makes complete sense that the new coach will re-evaluate the entire roster.

Doubly so at the quarterback position, where the Bills have Tyrod Taylor signed through 2019 but can easily cut him if need be. On that note, new head coach McDermott isn’t ready to commit to Taylor as the starting quarterback going forward.

“Sean McDermott noncommittal on future of QB Tyrod Taylor. He says he will be methodically evaluated in coming weeks,” wrote Mike Rodak of ESPN.com

While Taylor is much-maligned for his woes this season, he is much better than given credit for. In his two years as the starter in Buffalo, Taylor completed 62.6 percent of his passes for 6,058 yards with 37 touchdowns and 12 interceptions. He did this despite the fact that Sammy Watkins was often out with injuries.

Add in the fact that McDermott has worked alongside Cam Newton since the latter entered the draft and he may be more open to working with a quarterback of Taylor’s play style and ability.

Still, there have been rumors that the Bills have already moved on from Taylor “weeks ago” even before McDermott was hired. Set to count more than $27 million against the cap this upcoming season, it wouldn’t be surprising whatsoever if Taylor is looking for another job soon.