Bills GM not ruling out possibility of trading up for QB 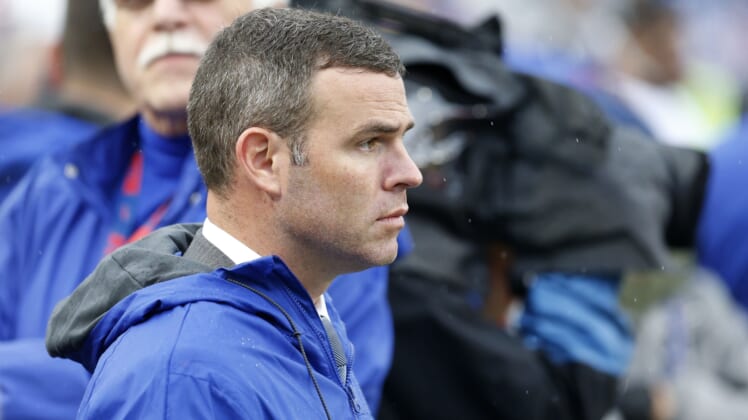 With consecutive first-round picks in the 2018 NFL Draft (No. 21 and 22), the Buffalo Bills would seem like a prime candidate to trade up for a quarterback. On Tuesday, general manager Brandon Beane didn’t rule the possibility out.

“That comes with a hefty price to be able to do that from 21 and 22, where we’re at,” Beane said, per Mike Rodak of ESPN. “We’re not saying we would do that. To go up there, we’d have to really feel good about that.”

He also noted (per Rodak) that the team has yet to value the available players, which is why he can’t say whether he would or would not make such a bold move.

Quarterback figures to be a position of need for the Bills. Beane has previously hinted that the team will likely move on from Tyrod Taylor. Given how poorly backup Nathan Peterman played in 2017, it’s likely that Buffalo’s starting quarterback for 2018 is not presently on the roster.

As such, the Bills are a team worth watching as we get closer to the draft. Certainly, trading two first rounders is a steep price. But Buffalo was a playoff team in 2017, and with a good quarterback it can maybe take the next step in 2018. If the Bills can draft that quarterback, it’s worth paying such a steep price.