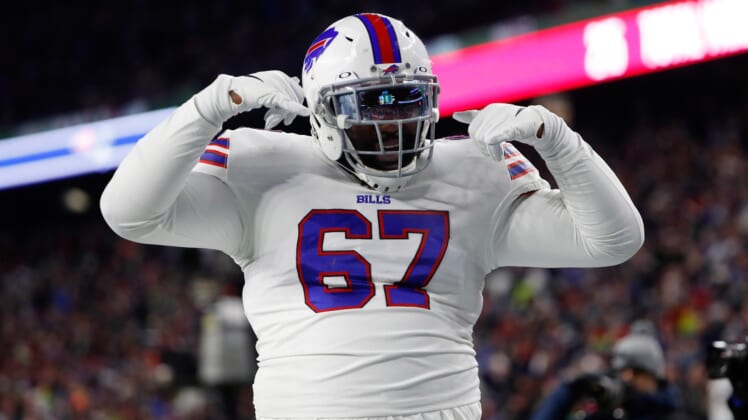 The Buffalo Bills spent the time before the start of NFL free agency taking care of an important matter ahead of the start of the league year.

This has to qualify as a major coup for a Bills team that surprised the masses last season. Spain, 28, started all 16 games in his first season with Buffalo. He was among the most-consistent interior linemen in the entire NFL.

That came after the former West Virginia star started 48 of the 50 games he played with as a member of the Tennessee Titans since joining the NFL as an undrafted free agent back in 2015.

Given how strong the free-agent market is going to be for players, it’s surprising that Spain took such a small deal. On the other hand, Buffalo relies a lot on bully ball up front. Bringing Spain back on the cheap is a tremendous deal.