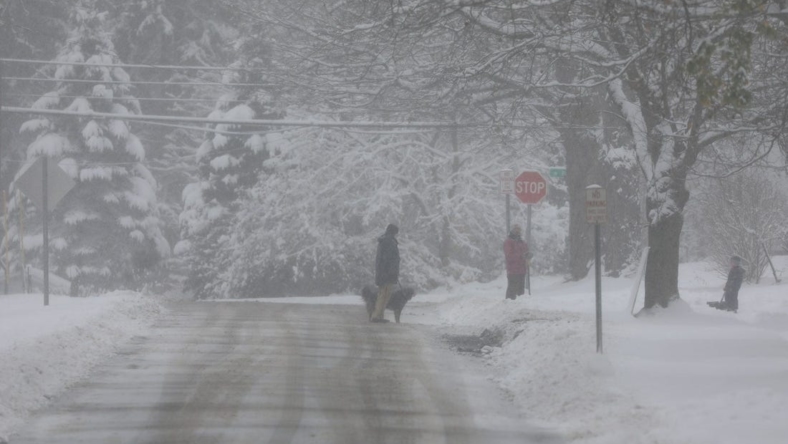 The Buffalo Bills made it out of wintry conditions that included more than 6 feet of snow and arrived in Detroit on Saturday night.

The Bills will play the Cleveland Browns on Sunday in the Motor City after the contest was moved from Orchard Park, N.Y., on Thursday due to the heavy snow.

The Bills said there were 77 inches of snow at their complex in the Buffalo superb of Orchard Park.

Players, coaches and staffers received help from police and helpful neighbors to make it to the team facility in Orchard Park. Some people shoveled, others provided snowblowing and many helped with transportation.

Buffalo tight end Dawson Knox displayed a video on Twitter where his neighbors were helping dig him out.

“The city of good neighbors,” Knox began. “Getting to the plane. Wow. Let’s go. Never seen anything like it.”

The Bills received police escorts to make it to the airport and reportedly departed Buffalo around 4:45 p.m. ET for the flight to Detroit.

Conditions were so bad Friday that the team canceled practice and met on a virtual basis.

The Bills visit the Detroit Lions on Thanksgiving, but they aren’t staying in the area. They plan to return to Buffalo on Sunday night and fly back to Detroit on Wednesday.