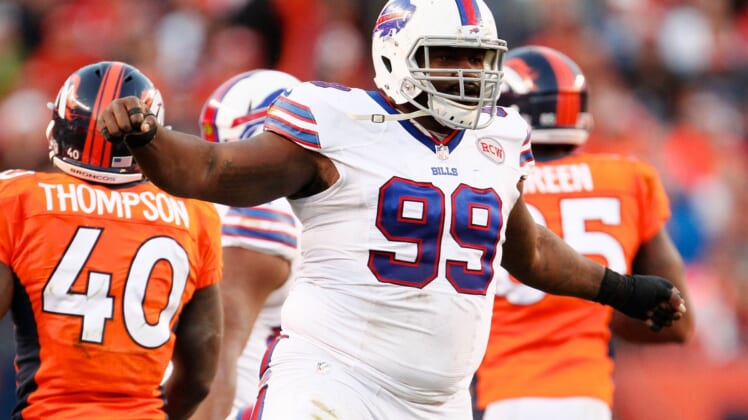 “We are very disappointed Marcell chose to put himself first, before his teammates, coaches and the rest of the organization through his recent actions. From ownership down we have made it clear his behavior is unacceptable. We will continue to take the necessary steps to work with him in order that he adheres to the policies set forth by our league.  As an organization, we will move forward with our preparations for the start of the 2016 NFL season in Baltimore on September 11.”

NFL Insider Adam Schefter broke the news that Dareus would be suspended four games due to a violation of the NFL’s drug policy, and Ian Rapoport of NFL Network revealed it was a marijuana-related offense.

Jason La Canfora reported owner Terry Pegula had flown to meet Dareus at his home this offseason and that the “organization had hoped he turned the corner for good.” Remember, Dareus had been suspended for one game in 2015 for the same issue.

The defensive tackle was awarded a massive contract extension last year that included a $25 million signing bonus and $60 million guaranteed.

His suspension leaves the Bills in a bad way defensively. On top of all the injuries the team has suffered, the defense could end up looking quite bad in 2016, with this latest news acting as the straw that broke the camel’s back.