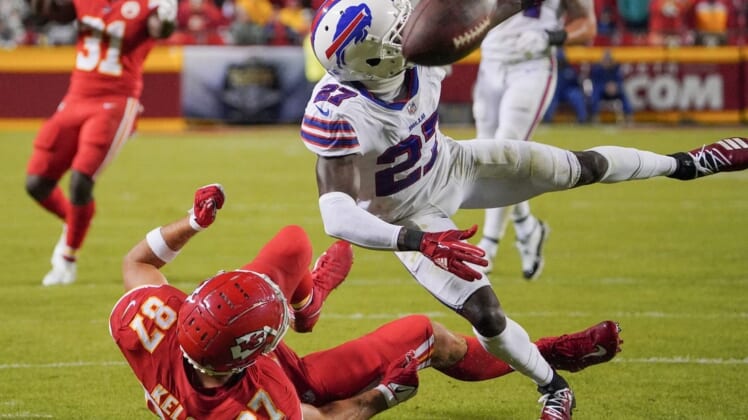 The Buffalo Bills won’t make a roster move regarding star cornerback Tre’Davious White until they absolutely must.

Bills general manager Brandon Beane told reporters Tuesday that the team is delaying its decision on whether the injured White would need to begin the season on the physically unable to perform list.

“We’re trying to run out the clock here. It gives us another week,” Beane said of White. “I know people want answers (about a return date). Candidly, we don’t have them.”

A two-time Pro Bowl selection, White tore his ACL during a Thanksgiving Day win over the New Orleans Saints last year. He’s been on the PUP list throughout training camp.

The Bills could activate White and include him on their Week 1 roster, but if they place him on reserve/PUP before the final roster cut deadline next Tuesday, he would have to miss the first four games of the regular season. By not making the move yet, the team is holding out hope that he could be ready for Week 1.

White, 27, has spent the first five seasons of his NFL career with Buffalo and played in 72 games, all starts. He was a first-team All-Pro selection in 2019 along with earning Pro Bowl nods in 2019 and 2020. He has 16 interceptions, 60 pass breakups, five forced fumbles, five fumble recoveries and 279 tackles for his career.

Beane was more certain of the fate of guard Ike Boettger, telling reporters Boettger would remain on the PUP list entering the regular season and miss at least the first four games. Boettger tore his left Achilles tendon and had surgery in December.