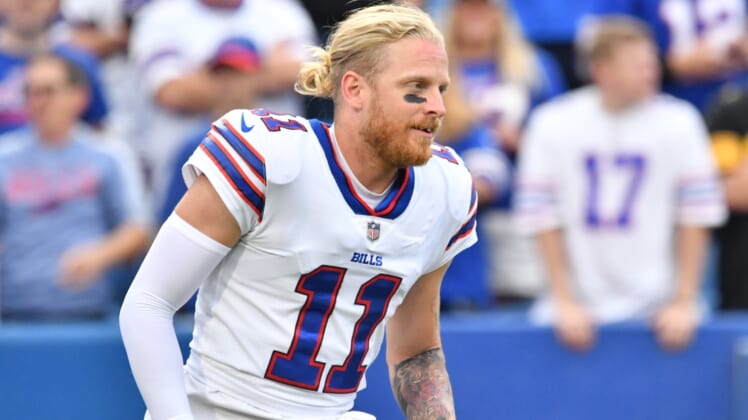 He disagrees with the rule that only vaccinated fans can attend the team’s home games at Highmark Stadium.

So does long snapper Reid Ferguson.

The players told unvaccinated fans via social media this week that if they could find tickets to a road game they can attend, the players will pick up the tab.

Currently the Bills are one of four teams — the Seattle Seahawks, Las Vegas Raiders and New Orleans Saints — to play in stadiums where fans are required to submit proof of vaccination for entry.

“@Bease11 sad day for me as a Buffalo fan. I was bringing my 10 year old daughter to her first game in December all the way from Albuquerque,” Hauquitz wrote. “Already bought tickets. I won’t get the shot so now I don’t know what to do. I probably need to sell the tickets and find an away game.”

It got Beasley’s attention.

“If you find an away game you are able to go to then I will buy the tickets for you guys,” Beasley responded. “DM me names and every thing (and) I’ll figure out the best way to make it happen. Wish she could witness the mafia!”

Hauquitz, a father of five, told the Buffalo News that he had COVID-19 and believes he has the antibodies. He added he believes the vaccines were rushed to market and the information that is available “seems to be one-sided.”

Ferguson had a similar exchange with a fan from Nebraska.

The Bills play road games this season against fellow AFC East teams Miami, New York Jets and New England, as well as in Kansas City, Jacksonville, Tennessee and Tampa. They play in New Orleans in November, but vaccinations are mandated for Saints’ home games.

Hauquitz told The Buffalo News that Beasley was working to get tickets for the Chiefs game.