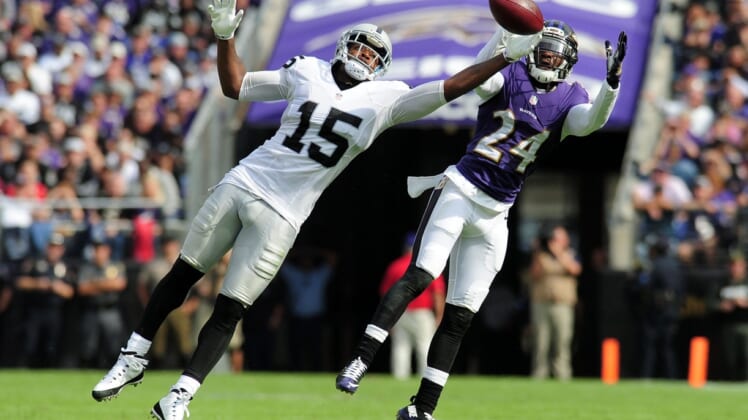 For some NFL players, the word voluntary in front of OTAs means you can do your thing. For others, making these practices means everything. Consider Buffalo Bills cornerback Shareece Wright to be a member of the latter group.

This is how important it was for Wright to show up for voluntary OTAs: He hired an Uber to take him from Chicago to Buffalo.

Here’s the proof that such a ride was, by no means, a cheap one.

According to Wright’s agent, the cost was even more substantial after Wright dropped $300 into the tip jar.

Wright is not guaranteed a roster spot on Buffalo’s roster. He was signed as a free agent this May (one-year deal with no guaranteed money) after spending the past two seasons as a member of the Baltimore Ravens.

Originally a third-round pick by the San Diego Chargers, Wright is now playing for his third team in six years. So he knows the value of doing all the little things to not only give himself the best chance to learn a new system but also to impress a coaching staff.

The 30-year-old veteran will be fighting for a roster spot against a bunch of young players this summer during training camp.