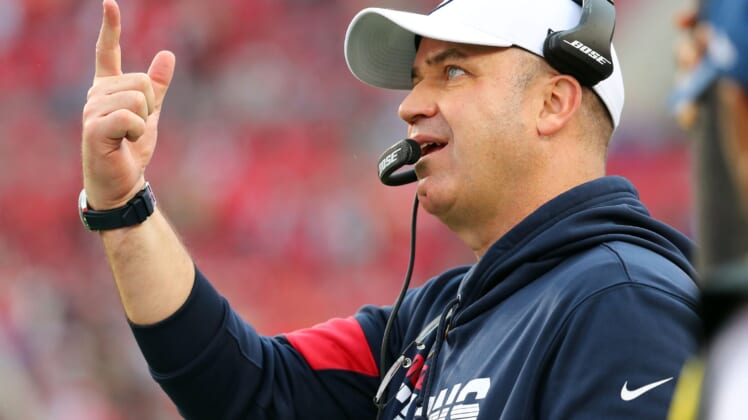 Alabama hires Bill O’Brien: Nick Saban and the Alabama Crimson Tide are looking to win another national championship under his watch Monday night against Ohio State. However, the six-time champion is already looking to find a replacement for offensive coordinator Steve Sarkisian.

It looks like Saban has found one in that of former Penn State and Houston Texans head coach Bill O’Brien. In what would be an absolutely huge hire, a deal appears to be close between the coach and America’s top college football program.

This would pretty much be your typical Saban hire with a bigger name thrown in. Once the Texans Longhorns fired Tom Herman and opted to replace him with Sarkisian, we knew that the Alabama head coach had something up his sleeve.

Bill O’Brien, 51, was fired by the Houston Texans four games into the 2020 season. He spent more than six years as the team’s head coach, leading Houston to four playoff appearances in the process.

However, issues behind the scenes with players coupled with personnel mistakes as the Texans’ general manager played a major role in O’Brien’s departure from the Texans.

With that said, this could be an absolutely huge hire for Alabama as the program prepares for a 2021 season without reigning Heisman finalists in that of Mac Jones, Najee Harris and DeVonta Smith.

O’Brien failed to lead a top-10 scoring offense once in his time with the Texans. That is somewhat concerning. However, he joined the Texans back in 2014 as someone experts believed to be an expert play-caller. That included a one-year stint as the New England Patriots offensive coordinator in 2011 before O’Brien took the Penn State job.

With Penn State for two seasons, Bill O’Brien led the program out of the post-Joe Paterno drama and back to national relevance. He posted a 15-9 combined record despite the program being ineligible for the postseason due to NCAA sanctions.

Bill O’Brien will now look to build up his image in Tuscaloosa as the Crimson Tide find themselves an expert play caller with a ton of experience. It’s a marriage that could very well work wonders.