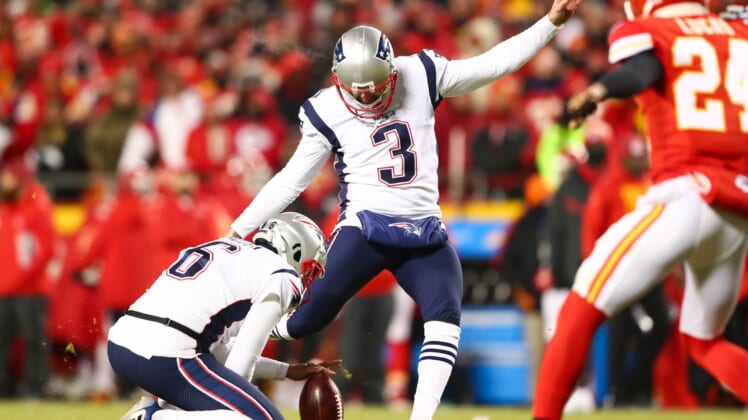 The New England Patriots lost their quarterback of the past two decades in that of Tom Brady last week. Just a few days later, New England released 14-year veteran kicker Stephen Gostkowski in what has to be described as a shocking move.

More than three decades of combined experience between the two. Needless to say, things are changing big time in New England right now.

Shortly after his release from the team, Gostkowski was on the receiving end of a ton of praise from usually reserved Patriots head coach Bill Belichick.

This certainly isn’t something we see too often from the six-time Super Bowl champion head coach. He doesn’t praise players the Pats have decided to move on. Maybe Belichick is softening up a bit at the ripe young age of 67.

A fourth-round pick out of Memphis back in 2006, Gostkowski earned four Pro Bowl appearances and won three titles in his 14 seasons with New England.

The Pats will now have only their third full-time kicker since the end of the 1995 campaign this coming season. Remember, future Hall of Famer Adam Vinatieri played for the team from 1996-2005.