New England Patriots head coach Bill Belichick is meticulous with his research and study when preparing for an opponent. Before facing the Indianapolis Colts in Week 15, Belichick is prepared to use a scouting method that just became available.

When the NFL announced HBO’s ‘Hard Knocks’ would hold its first in-season edition, featuring the Colts, there was a lot of excitement. The season-long documentary series has offered an inside look at a playoff contender. While the Colts have full control over what’s broadcasted on HBO every week, Belichick isn’t going to ignore an opportunity to gain even the slightest competitive edge.

When asked by reporters about the series during his press conference, Belichick acknowledged that ‘Hard Knocks’ is being watched inside the Patriots’ facility to help see if even the slightest bit of inside can be gained. 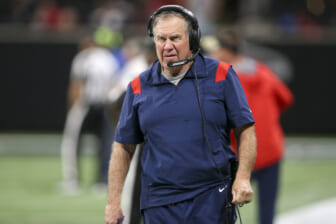 “We track most everything any team that we play does. Depending on the relevance or importance of that information, at some point, it gets relayed down the line. We have somebody that studies each team. Any relevant comments or information that we think is relevant to the preparation, that could be shared, sure.”

This is the same head coach who reads through every word of the NFL rule book, looking for the smallest loophole that can give him an edge over an opponent. Other teams are also very aware of Belichick’s intense study, making sure nothing is revealed that can help one of the greatest strategists in NFL history.

New England might need those advantages Saturday. Entering as a two-point underdog, Belichick and the Patriots likely see this primetime game as an opportunity to prove they are the best team in the AFC. Even if the coaching staff doesn’t find an advantage from ‘Hard Knocks’, at least HBO gained some additional viewers.