Some expectations end up being dramatically incorrect. 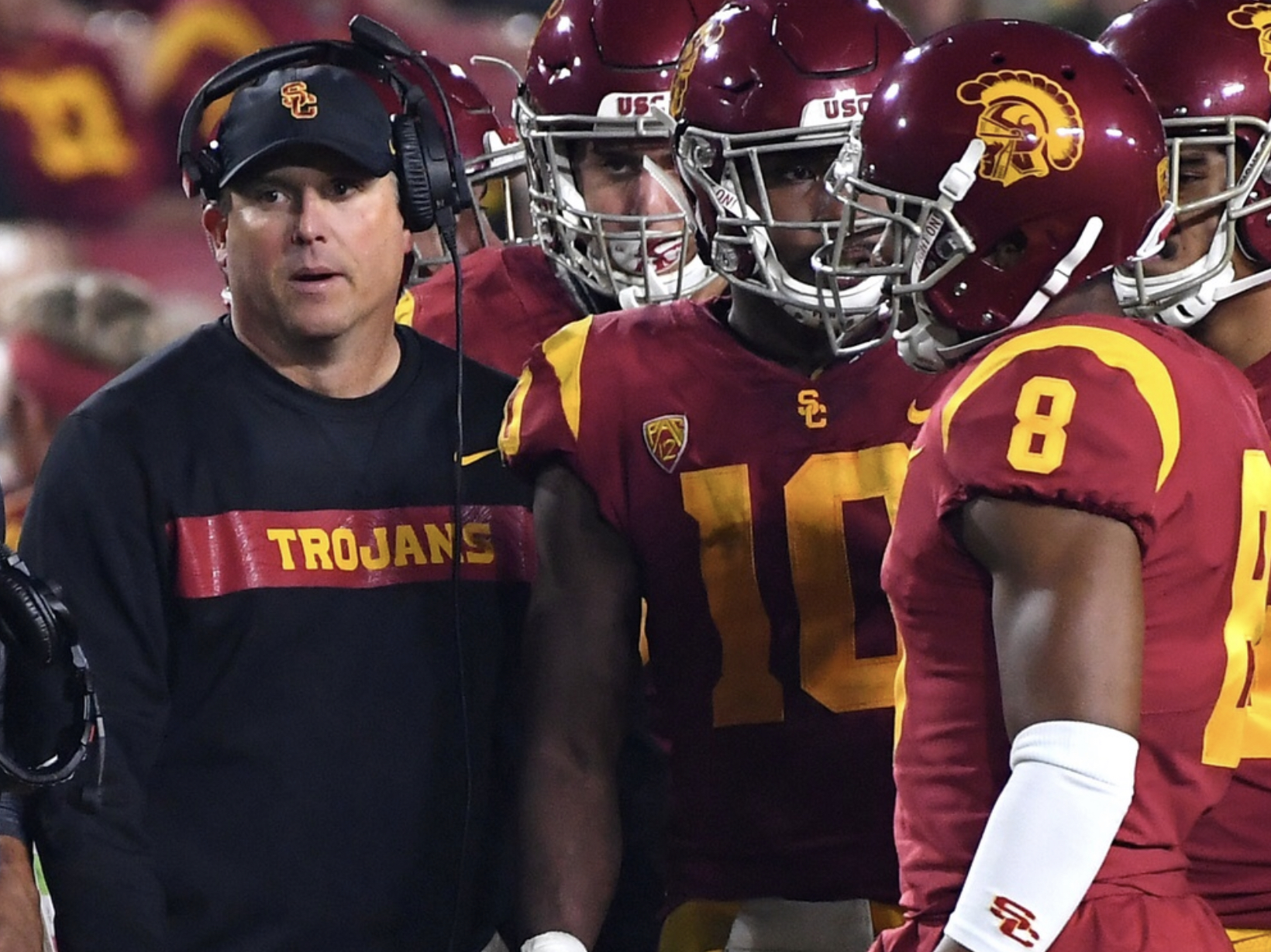 Predicting what will happen during the college football season is a tough, enjoyable task, but some expectations end up being dramatically incorrect.

Highly respected teams flop, while potential breakout players and programs never end up matching their perceived ceiling. For every Washington State and Kentucky, there’s a USC and Auburn on the opposite side.

After all that offseason hype, it’s disappointing when a potential-filled situation results in an underwhelming season.

Here’s the biggest disappointments of the 2018 college football season. 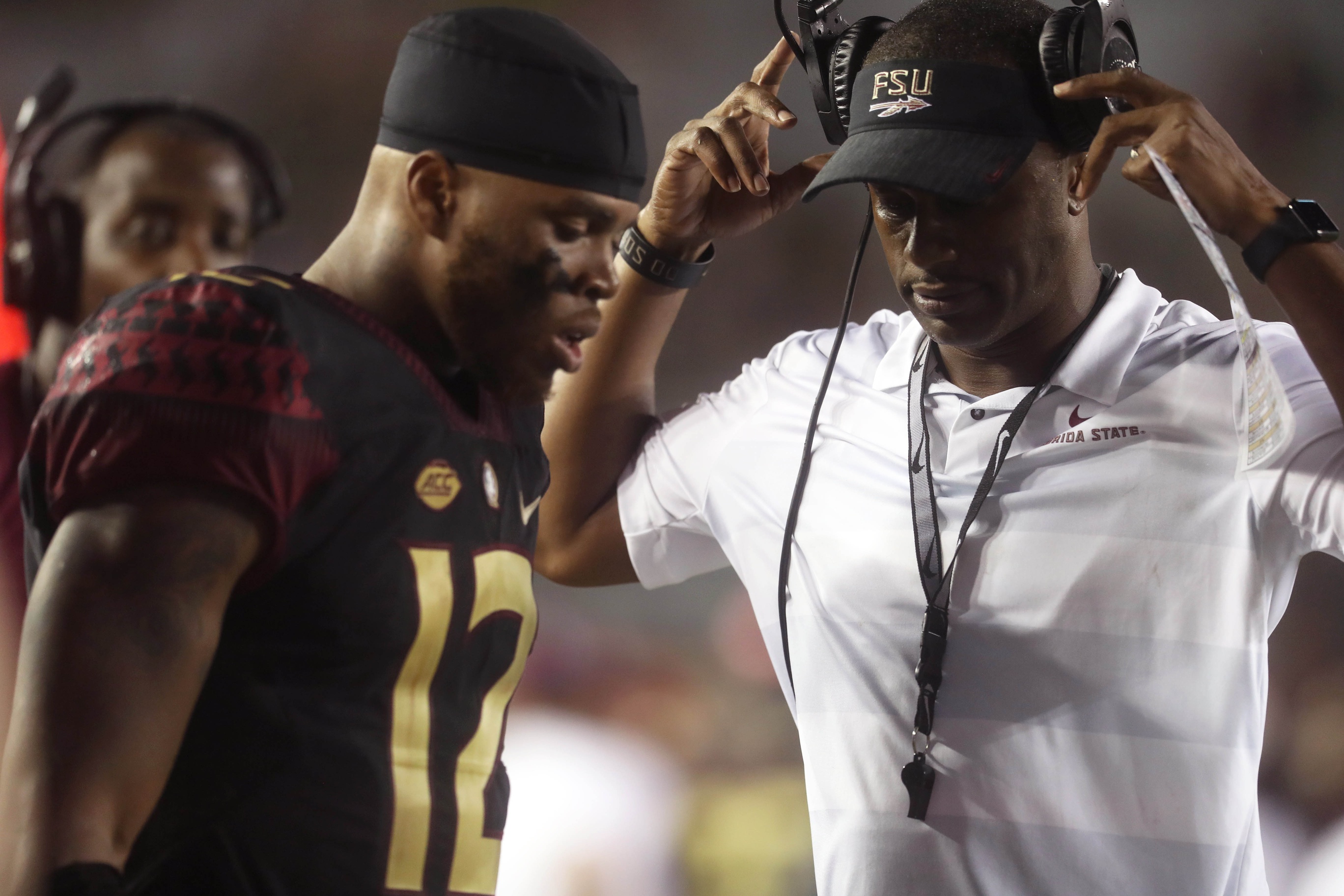 After losing Jimbo Fisher to Texas A&M, Florida State hired Willie Taggart to bring a more creative offense to Tallahassee. Perhaps that will happen in the future, but there were hardly any promising moments from the unit in 2018. It was so bad that Taggart even relinquished play-calling duties late in the season. Given his previous success at Western Kentucky, South Florida and Oregon (when Justin Herbert was healthy), this poor of a season was stunning. The offense’s efficiency and production are at the lowest numbers since the Bobby Bowden era. 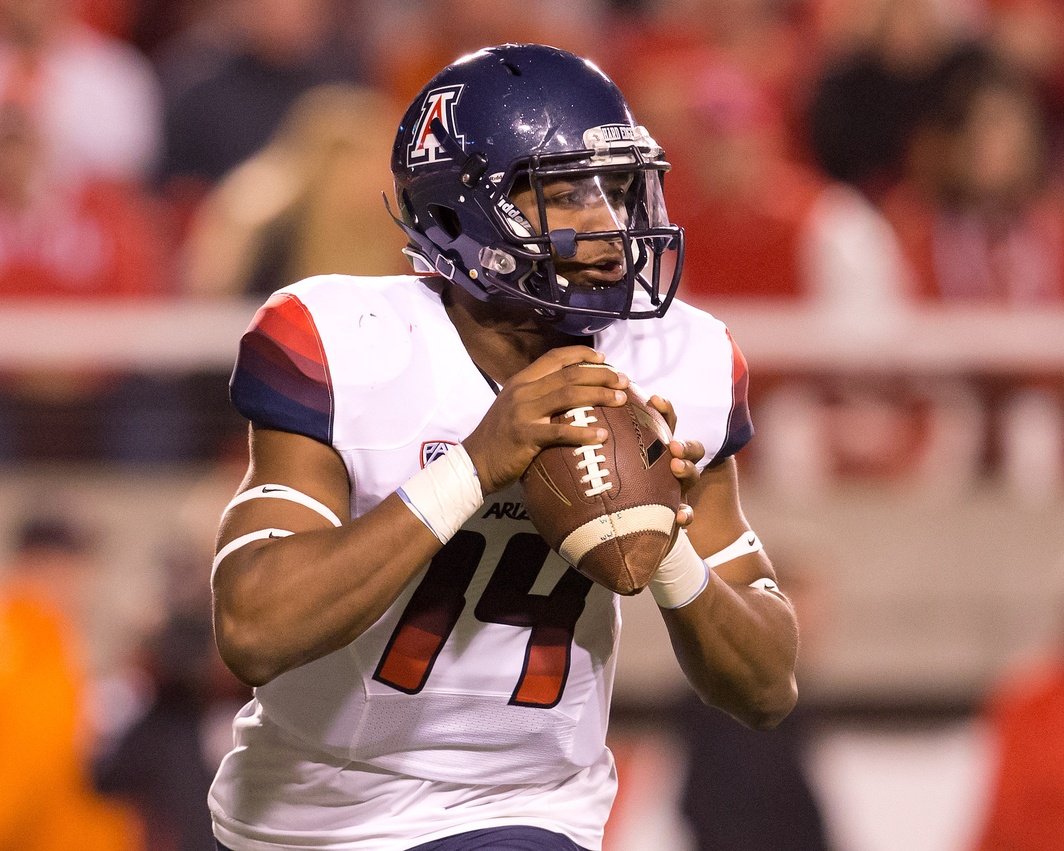 Once he replaced an injured Brandon Dawkins, Khalil Tate became a walking highlight reel. The shifty quarterback amassed 3,002 yards of total offense in 2017 despite playing very limited snaps in Arizona’s first four games. But he’s nowhere close to matching the 1,411 yards and 12 touchdowns as a runner this year. While it’s true Tate dealt with an ankle injury early in the season, Kevin Sumlin made the dual-threat quarterback into a pass-first player. Tate enters the regular-season finale with three gains of 20-plus yards on the ground. He notched 20 of those last season.

Washington forgot how to score 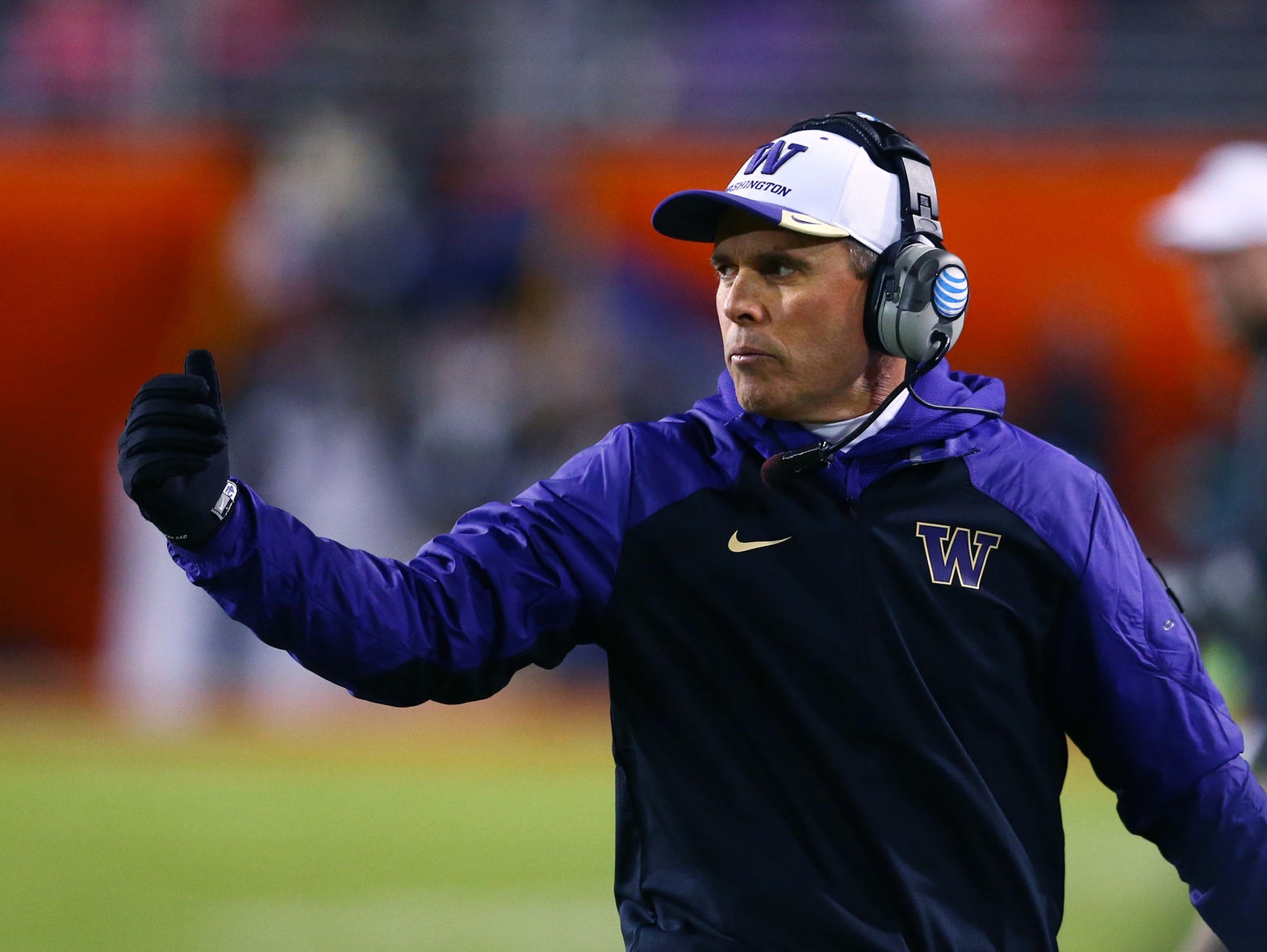 When the Huskies reached the College Football Playoff in 2016, they averaged 41.8 points. That number dipped last season, but UW still cracked 30 points in all 10 wins. In 2018, however, it’s been a constant fight to even reach the mark. The Dawgs have tallied 30 points on only four occasions, and just two happened against Pac-12 foes. An excellent defense buoyed a disappointing scoring attack, but losses to Auburn, Oregon and Cal removed the Pac-12 favorite from the CFP discussion midway through the year. Instead, UW is merely a top-20 team. 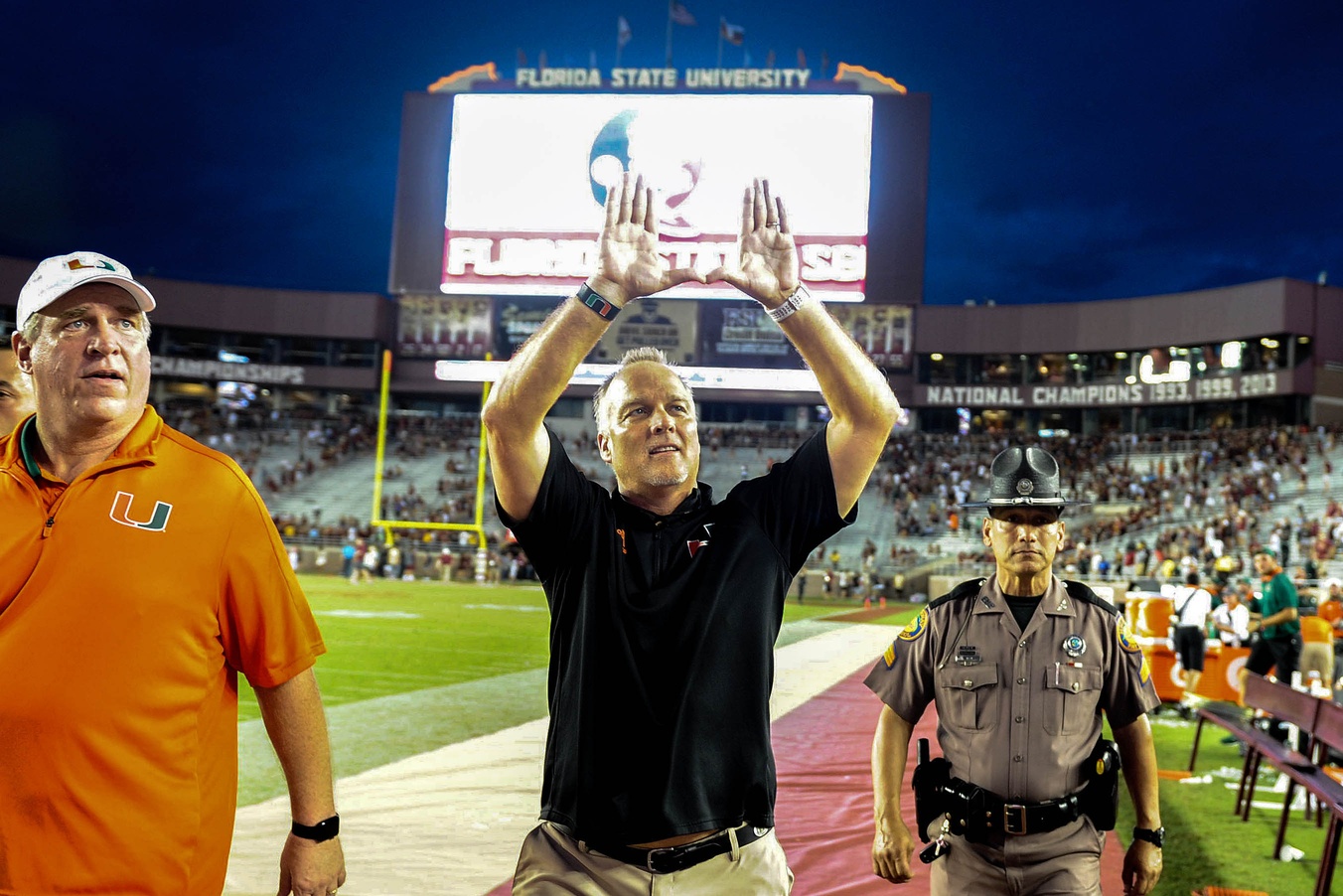 If we knew Virginia Tech would lose quarterback Josh Jackson to a season-ending injury in September, the popular reaction would’ve been that Miami dominates the Coastal Division. Well, the ‘Canes flopped in a major way. Following a 5-1 start, Miami dropped four straight games despite its defense remaining a top-five unit in the nation. Mark Richt senselessly wavered between quarterbacks, and the offense averaged just 15.8 points during that defining stretch. A beatdown of Virginia Tech secured bowl eligibility for the Hurricanes, but they didn’t even contend for the Coastal in 2018. 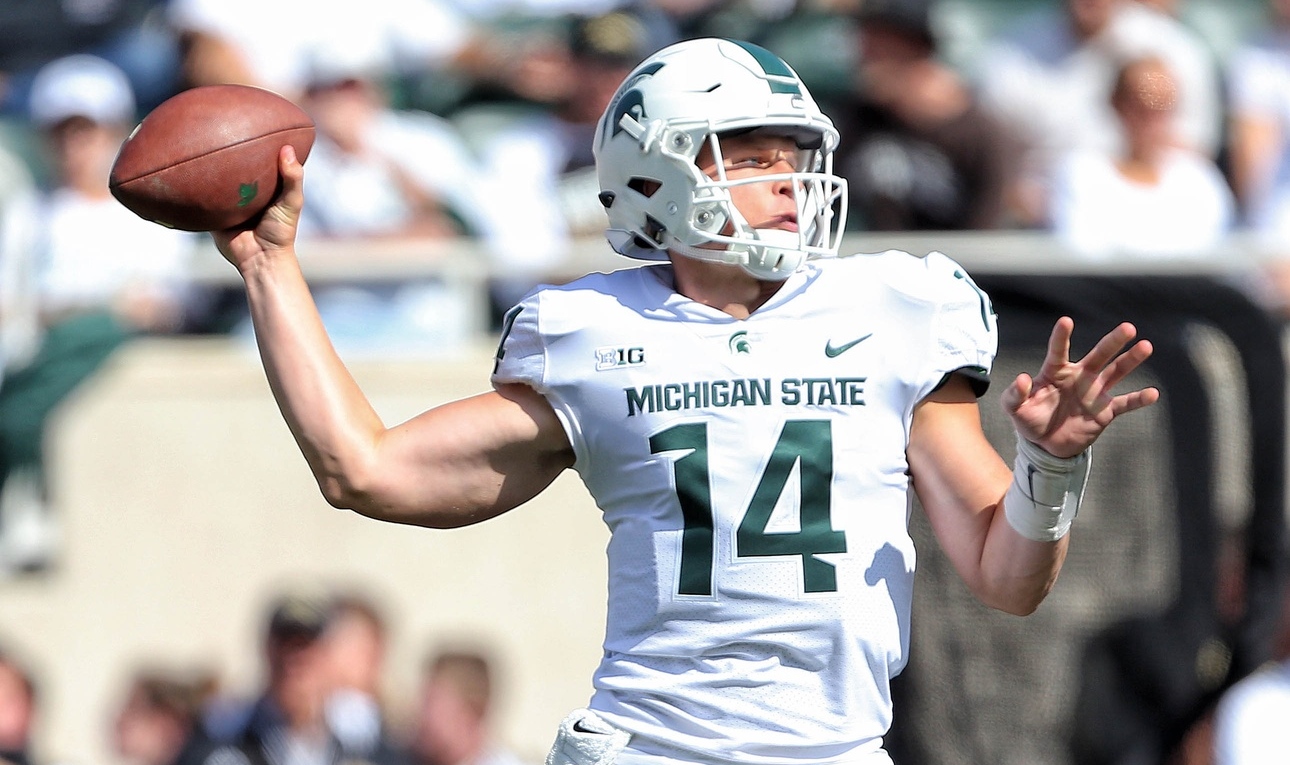 Michigan State rebounded from a three-win 2016 campaign thanks to a breakout year from Brian Lewerke. As a result, the dual-threat QB attracted a fair bit of attention as a potential sleeper for the NFL draft. It appears, though, that he peaked in 2017. Entering this season’s finale, Lewerke has only 11 total touchdowns compared to nine interceptions. Last year, he was responsible for 25 scores with only seven picks. The Spartans defeated Penn State yet combined for just 13 points in losses to Michigan and Ohio State. Lewerke is no longer a viable draft prospect. 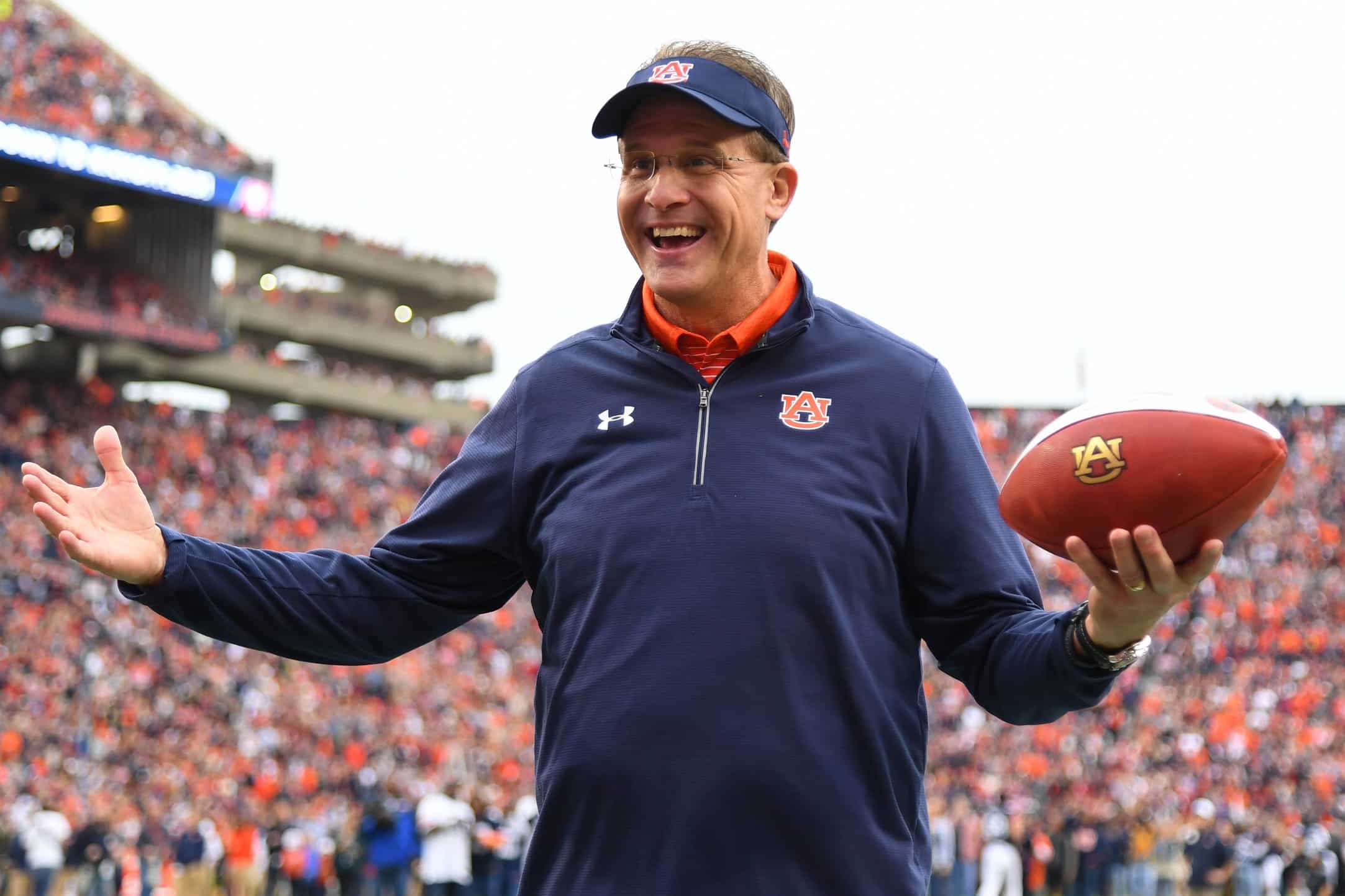 Gus Malzahn built Auburn into a contender behind a sturdy defense and reliable running game. Part A remained true in 2018, but Part B never showed up when it mattered. Beyond wins over Alabama A&M and Liberty, the Tigers only topped 150 rushing yards against Ole Miss — the worst defense in the SEC. It’s no wonder Auburn plummeted from a preseason top-10 ranking. Barring a miraculous upset over Alabama, the Tigers will have a five-loss record for the fourth time in Gus Malzahn’s six-year tenure. His proverbial seat will be blazing to start 2019.

USC slid out of relevance 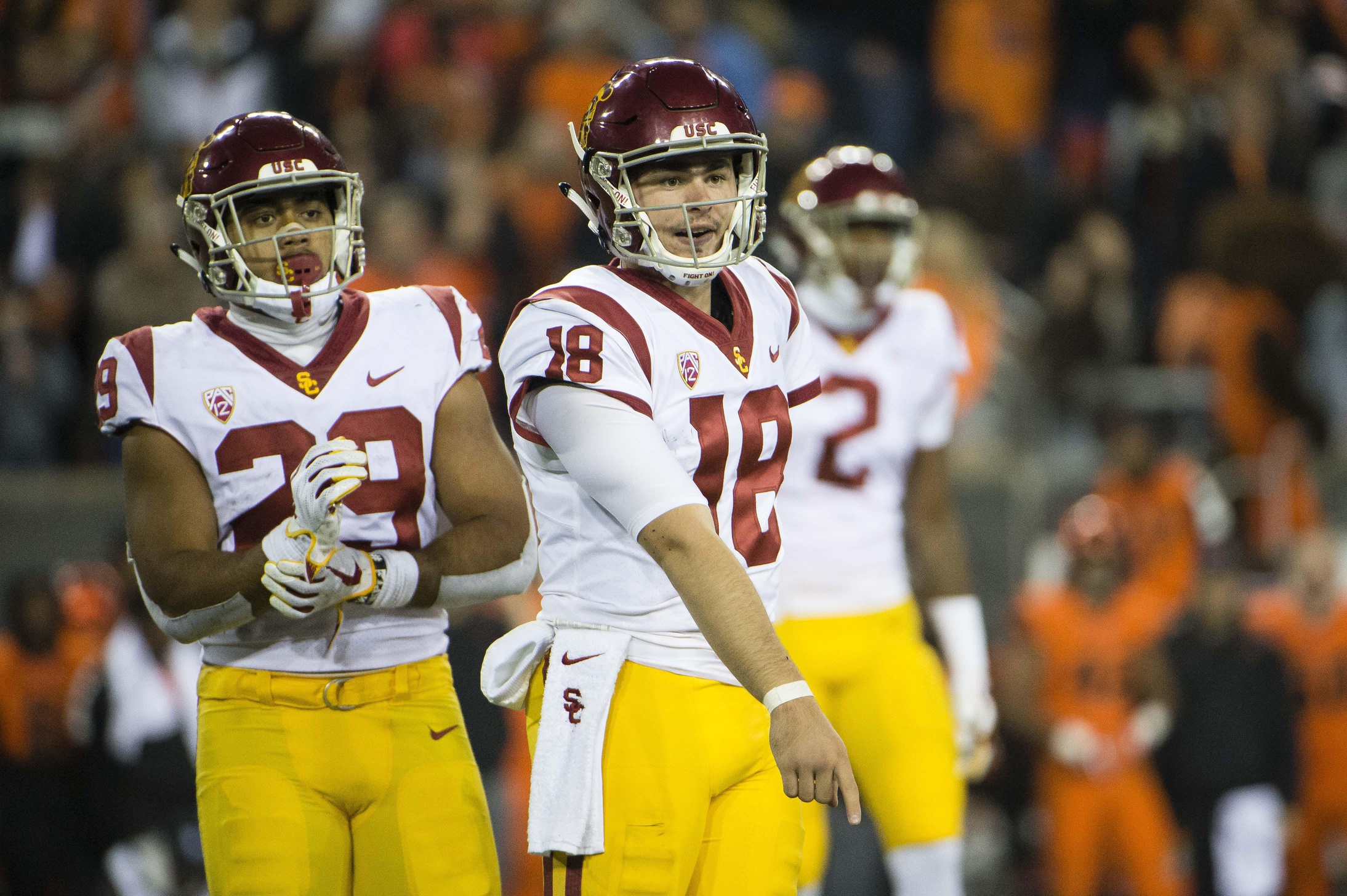 Early in the season, USC deserved a temporary pass because it started a true freshman quarterback. JT Daniels was always going to need an adjustment period. But as he dealt with those inevitable first-year struggles, the Trojans didn’t provide much support. They’ve allowed 34-plus points in four of their six losses. Falling to Cal and UCLA has put USC in danger of not even attaining bowl eligibility. Unless the Trojans can pull off a shocking upset of Notre Dame, the program will fail to reach six victories for the first time since 2000 and might be looking for a new coach. 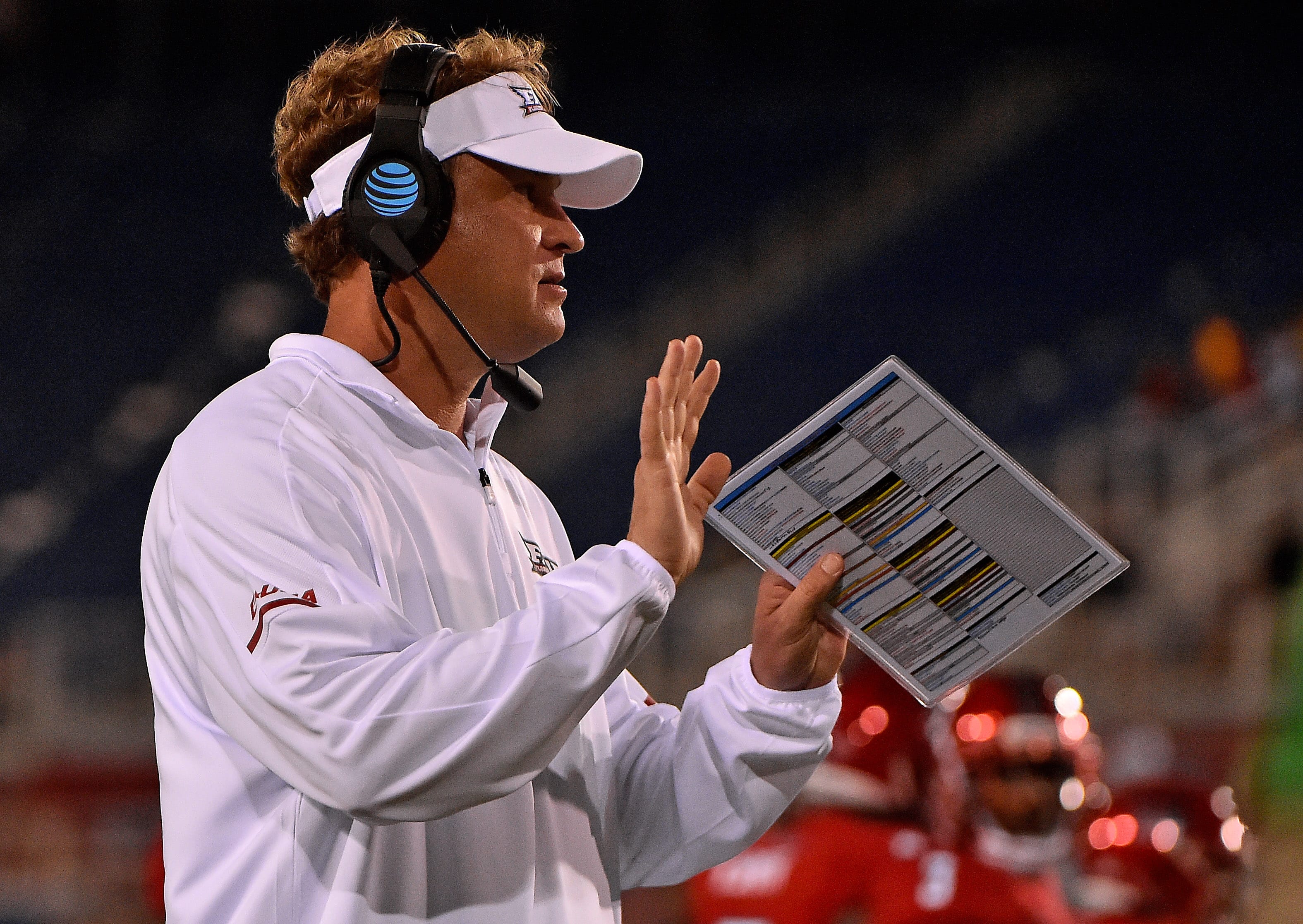 That September showdown with Central Florida seemed like it could decide which program represents the Group of Five in a New Year’s Six bowl. Well, that was laughably wrong. Florida Atlantic never had a chance at Oklahoma, allowed 56 points to UCF and collapsed against Middle Tennessee. FAU held a 2-3 record as September ended. The rat poison must’ve inflicted the Owls, who also lost to Marshall, Louisiana Tech and North Texas as the season progressed. Kiffin was worth the massive extension, but 2018 fell undeniably short of all expectations.

Bryce Love barely did anything 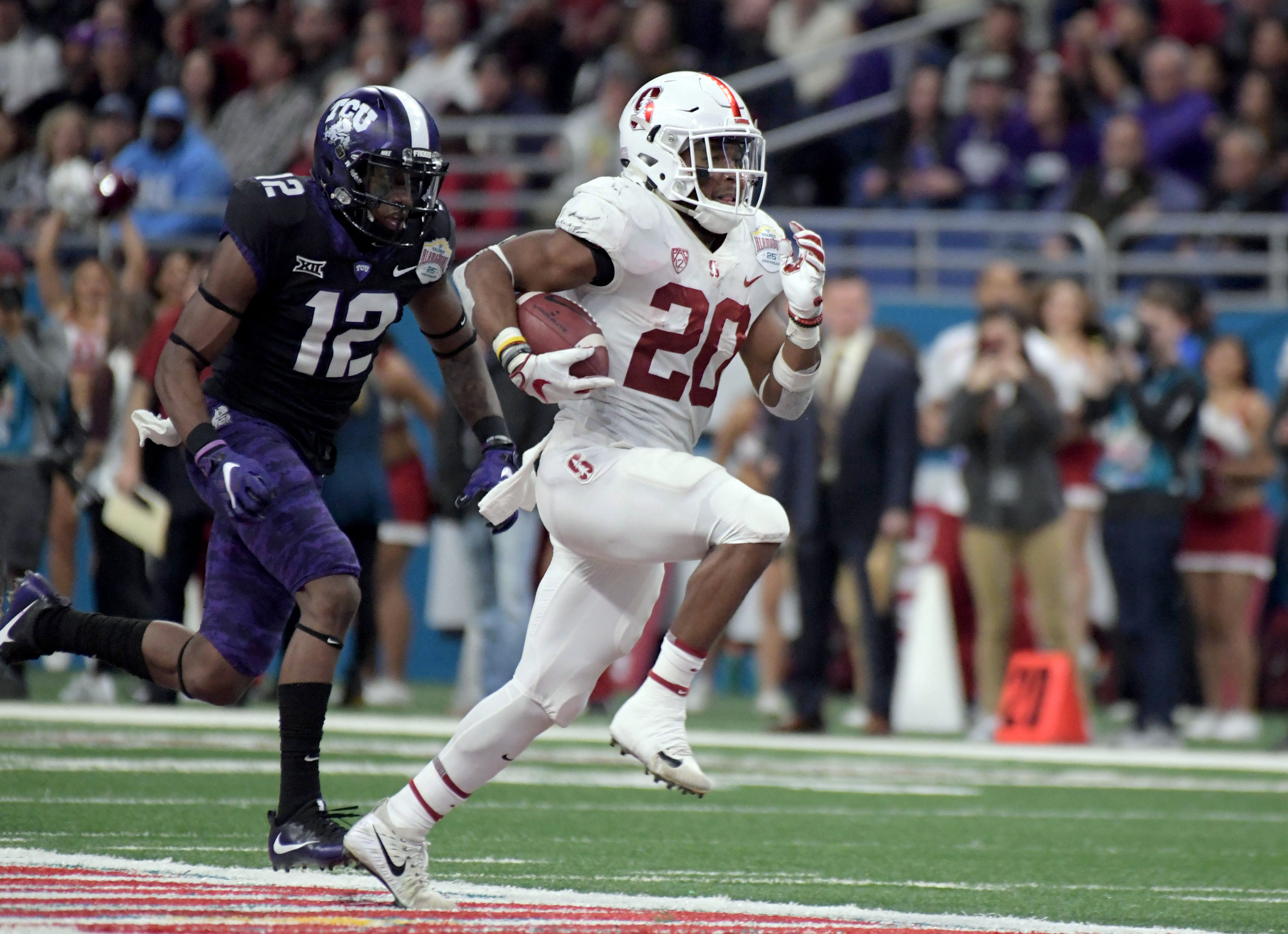 How could we not be excited about 2017’s Heisman Trophy runner-up returning to school? Bryce Love topped the 100-yard barrier in 13 of his 14 appearances last year, amassing a program-record 2,118 yards with 19 touchdowns. Throw in a heavily experienced offensive line, and another massive season felt certain. Reality has been much different. He’s barely reached one-fourth of that production, mustering 580 yards and five scores so far. Love has seven rushes of 20-plus yards compared to 30 in 2017. The Heisman favorite isn’t even an All-Pac-12 possibility. 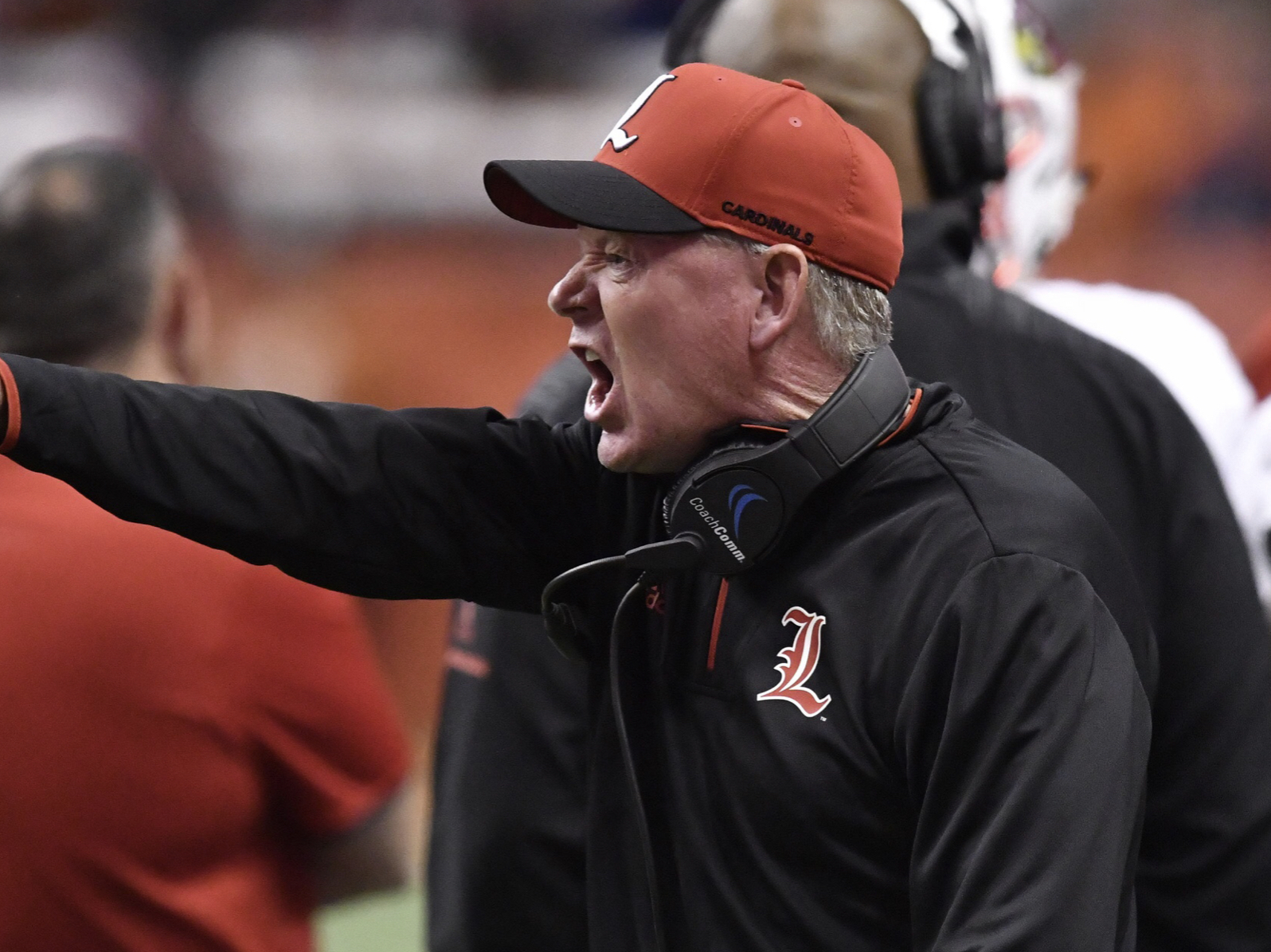 Lamar Jackson was a special talent who overcame a mediocre offensive line. That much we knew. But what a mess 2018 has become. Not only did Louisville fail to create a threatening offense post-Jackson, the defense collapsed in disastrous fashion. The Cardinals allowed 50 points in six straight ACC games and failed to win any of their eight conference tilts. With two weeks remaining in the regular season, the school fired Bobby Petrino. Louisville won’t require a full rebuild, but this roster certainly isn’t close to competing with Clemson, either.