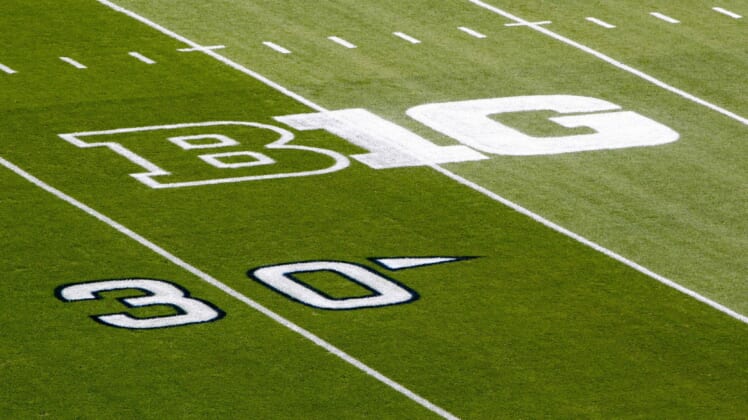 Despite Ohio State Buckeyes star Justin Fields’ best efforts, the Big Ten conference is sticking by its decision to suspend its 2020 football season. However, there could now be a chance that Big Ten programs take the field this winter.

The conference faced plenty of criticism from players, coaches and fans in recent weeks after officials decided to suspend fall sports. While Big Ten officials aren’t backing down, they could be considering an alternative that would delight the football world.

The decision to suspend the upcoming college football season didn’t come without some internal pushback. Once the decision was made, many speculated that teams could return to play football this spring.

Of course, a spring college football season comes with its own complications. As former Ohio State coach Urban Meyer detailed, colleges would be requiring student-athletes to play two seasons in a calendar year. While the Ivy League and other conferences are hoping to play football next spring, the Big Ten might have another solution.

According to Sports Illustrated’s Pat Forde, there is momentum building around the league for Big Ten football programs to return for the winter to hold a shortened 2020 season.

Moving the college football season into the winter would provide the Big Ten with more time to prepare. Coaches would have more practices to work with their teams and players would be in better physical conditioning and less prone to injuries with an extended acclimation period.

If the Big Ten moved to a winter college football schedule, it could use a conference-only schedule with programs kept closer together. They could also work with NFL teams on scheduling, using indoor stadiums on Saturdays to potentially hold multiple games.

This kind of plan would come with its own complications. Among them, the COVID-19 pandemic is expected to get worse in the winter due to colder temperatures. It also makes it less likely that a vaccine or more rapid testing is available if games are still played in 2020.

The Big Ten is acutely aware of the risks that come with playing football this year. In fact, the conference’s decision follows what the NCAA’s medical advisor is trying to warn everyone about.

Given the billions of dollars in revenue at stake for the Big Ten and its schools, no decision is made lightly. The only thing that is certain, unfortunately for the student-athletes, is there will be no Big Ten sports this fall.