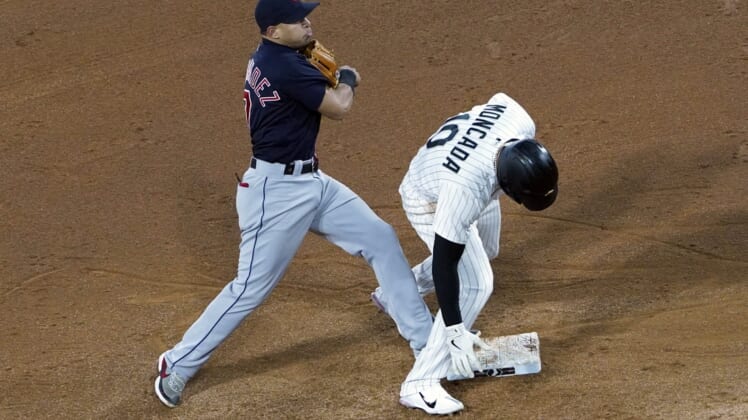 Jose Ramirez had two hits, including a solo home run, and three RBIs to back six strong innings from Shane Bieber and lift the visiting Cleveland Indians to a 5-3 victory against the Chicago White Sox on Friday night.

Cleveland was out-hit 8-5 but still managed to secure its fourth win in five games. Ramirez drilled a solo home run in the eighth to create a cushion and put the Indians ahead by the final margin.

Emmanuel Clase pitched the ninth for his fifth save in six opportunities, as three Cleveland relievers combined to retire nine of the 10 batters they faced, including three via strikeout.

Bieber (3-2) scattered seven hits and three runs in six innings with one walk and 11 strikeouts. He established a new major league record with his strikeout total, fanning at least eight batters for the 18th successive start dating to last season. That broke a tie with Hall of Fame left-hander Randy Johnson, who accomplished the feat in 17 straight starts in 1999-00 while pitching for the Arizona Diamondbacks.

Robert staked the White Sox to a 1-0 lead with an RBI double in the second inning, but Cleveland wasted little time in responding, scoring four times in the third.

Ramirez gave the Indians the advantage with a two-run single before an RBI groundout by Franmil Reyes and a run-scoring single by Eddie Rosario.

Chicago responded with a pair of runs in the bottom half, as Tim Anderson and Yoan Moncada delivered RBI singles to draw the White Sox to within 4-3.

Anderson and Robert collected two hits apiece for the White Sox, who stranded seven runners and went 2-for-8 with runners in scoring position.