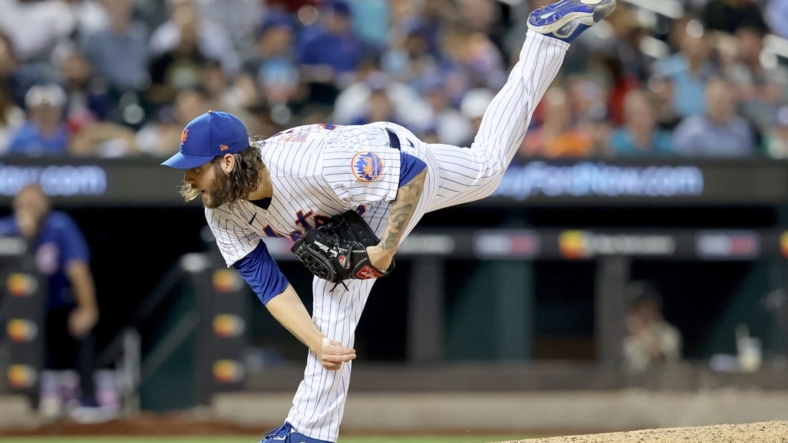 The visiting Chicago Cubs scored six runs in the first inning Wednesday night to complete a three-game sweep of the first-place New York Mets with a 6-3 win.

The sweep marks the first time the Cubs (61-82) have swept a series of at least three games since they beat the Philadelphia Phillies in a three-game set from July 22-24.

The Mets (89-55) were swept in a three-game series for the first time this season. The three-game losing streak matches a season high for New York, which remained a half-game ahead of the Atlanta Braves in the National League East by virtue of the Braves’ 4-1 loss to the San Francisco Giants earlier Wednesday.

Trevor Williams relieved Peterson and gave up run-scoring hits to the first two batters he faced – Michael Hermosillo, who greeted him with a double, and Nelson Velasquez, who laced a single.

Higgins and Velasquez each finished with two hits.

The early cushion was more than enough for Cubs starter Drew Smyly (7-8), who gave up two runs (one earned) on four hits and one walk while striking out five over five innings.

Mark Leiter Jr., the Cubs’ fifth pitcher, earned his second save with a hitless ninth. He plunked leadoff batter Jeff McNeil, after which Hermosillo robbed Eduardo Escobar of a potential homer at the right-centerfield wall.

Tomas Nido homered in the third for the Mets, who scored their second run when Escobar scored on an error by Wisdom at third base in the fifth. Pete Alonso homered in the eighth.

Peterson’s ERA rose from 3.47 to 3.91. The outing was the second-briefest start of his three-year career.

Williams allowed one run on four hits and one walk with eight strikeouts in 4 1/3 innings. He struck out the next six batters he faced following Velasquez’s hit.