Bianca Andreescu returns from six-month break to win in Stuttgart 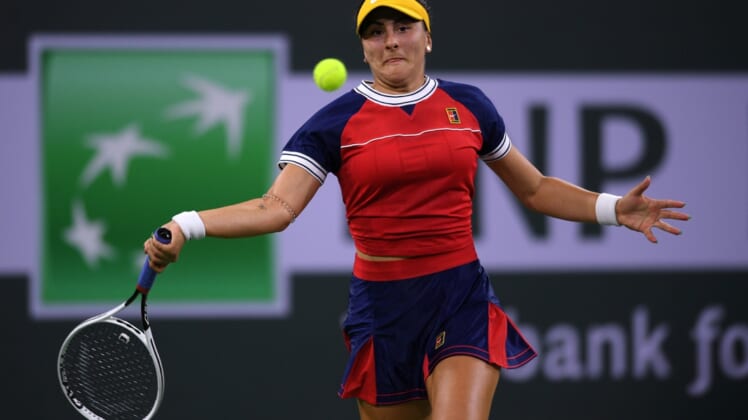 Canada’s Bianca Andreescu had 22 winners and six aces in her first match since last October while posting a 7-6 (5), 6-3 victory over Germany’s Jule Niemeier in the first round of the Porsche Tennis Grand Prix on Tuesday at Stuttgart, Germany.

Andreescu, the 2019 U.S. Open champion who has been ranked as high as No. 4 in the world, took a break from tennis to recover physically and mentally. The 21-year-old overcame 17 unforced errors while dispatching Niemeier.

Seventh-seeded Ons Jabeur of Tunisia also advanced as she defeated Marketa Vondrousova of the Czech Republic 4-6, 6-2, 6-3. Russia’s Daria Kasatkina also moved on with a 6-4, 6-2 win over Coco Gauff.

Sorana Cirstea of Romania won 69.4 percent of her first-serve points while recording a 6-4, 6-1 first-round win over Kamilla Rakhimova of Russia in Turkey.