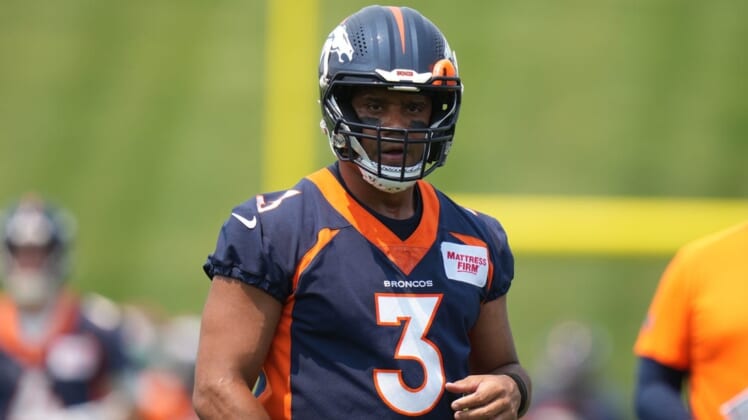 Bettors are banking on Russell Wilson 2.0.

The new Denver Broncos quarterback is garnering massive support in NFL Most Valuable Player futures to the tune of 18.9 percent of the total handle at BetMGM and 18.7 percent of all MVP tickets at the sportsbook.

Wilson, at +1400 currently tied for eighth on the board, easily represents the biggest liability at BetMGM, which has the Broncos at +1600 to win the Super Bowl and +300 to start the season 4-0.

Bills quarterback Josh Allen is the MVP favorite at FanDuel, DraftKings and BetMGM (+700).

Denver acquired Wilson from the Seattle Seahawks in March. You can get +10000 odds on the Broncos running the table in the regular season (17-0 record) at BetMGM.

Wilson is listed eighth in FanDuel’s MVP futures market at +1400, behind Bengals quarterback Joe Burrow and ahead of Rams quarterback Matthew Stafford.