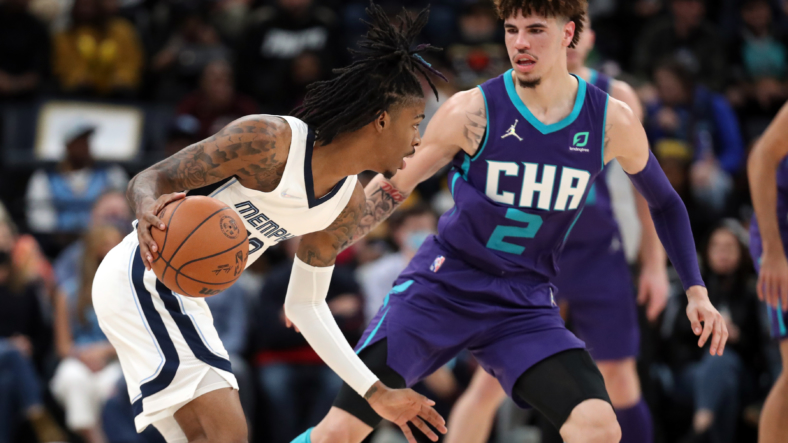 The Oklahoma City Thunder are the youngest team in the NBA, with an average age of 22.7 years old. Unfortunately, the Chet Holmgren injury decimated one of the clubs everyone was excited to watch. Fortunately, there are several exciting NBA teams with lots of youth to keep everyone entertained.

There is a youth movement going on in the NBA. With stars like LeBron James and Kevin Durant in the final years of their Hall of Fame careers, a new era is coming. Ja Morant, LaMelo Ball, Zion Williamson and Tyrese Haliburton represent just a few of the rising guards.

Some of the talents can be found on championship contenders, like Jayson Tatum with the Boston Celtics and Luka Doncic with the Dallas Mavericks. For those looking to ride the youth experience, these five NBA teams will provide that and more during the 2022-’23 season.

Much like other young NBA teams, the Indiana Pacers have talent that isn’t fully developed yet. At the trade deadline last year, the Pacers sent Domantas Sabonis to the Sacramento Kings in exchange for a return headlined by Tyrese Halliburton.

Indiana’s starting roster is pretty solid for a team as young as they are. The Pacers’ projected roster currently consists of Haliburton, Buddy Hield, Chris Duarte, Jalen Smith, and Myles Turner. This is a solid team, with enough talent to at least be in the running for a play-in spot. To take this team to the next level, their young guys need time to develop. In a couple of seasons, the Pacers will be a sure playoff team once again.

Starting with the Charlotte Hornets, the rest of the teams on this list are legitimate playoff contenders thanks to former Rookie of the Year and emerging NBA star Lamelo Ball. Although, Charlotte’s young core does lose some of its luster with Miles Bridges unlikely to play anytime soon.

Without Bridges, their projected starting lineup is Ball, Terry Rozier, Gordon Hayward, PJ Washington, and Mason Plumlee. The Hornets managed to make the play-in tournament in each of the last two years, but suffered blowouts in each instance. With the development of Ball and other young players, the Hornets should return to that spot at the very least and there is room to grow based on their average age of 24.5 years old. While the loss of Bridges leaves a void, the backcourt duo of Ball and Rozier could prove to be one of the most surprising in the Eastern Conference and that could make a difference in the playoff race.

Expectations are high for the New York Knicks heading into 2022-’23 after finishing as one of the most disappointing NBA teams last season. They now welcome Jalen Brunson, who is coming off a career-best season and poised to become a vital piece of the new-look Knicks

Adding Brunson to a trio with Julius Randle and R.J. Barrett is a recipe for success. Their full starting roster will consist of Brunson, Evan Fournier, Barrett, Randle, and Mitchell Robinson. This starting roster is solid, not one of the best in the league, but definitely good enough to make the playoffs. 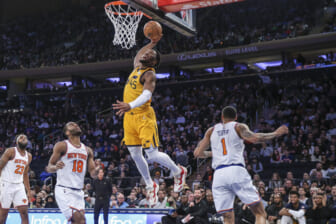 The Minnesota Timberwolves have drastically changed this offseason, featuring a new big three of Anthony Edwards, Karl-Anthony Towns, and Rudy Gobert. Not only is that a strong core, there is excellent depth on the roster.

Minnesota’s starting lineup will be headlined by D’Angelo Russel, Edwards, Jaden McDaniels, Towns, and Gobert. The one question mark with this team is how Towns and Gobert will play together As long as Towns spaces the floor, it shouldn’t be much of an issue for them. If Edwards can improve his three-point shot to be great, then the balance of this lineup will be amazing.

Off the bench, they’ll have players like Kyle Anderson, Taureean Prince, Bryn Forbes, and Jordan McLaughlin. The Timberwolves have one of their best rosters in years and fans are rightfully excited.

The best “young” team in the NBA is the Memphis Grizzlies. This is a team that has very few weaknesses and has been a title contender already. The Grizzlies made it to the second round of the playoffs led by Ja Morant, who won the Most Improved Player award.

Memphis has one of the most balanced starting lineups in the league, consisting of Morant, Desmond Bane, Dillon Brooks, Jaren Jackson Jr. and Steven Adams. There really aren’t any true holes in this lineup as the Grizzlies have everybody contributing in a specific role. With time, this team will continue to get better as their average age is just 24.2 years old, making them the second youngest team on this list. That, perhaps, is the craziest stat of all. The future is bright in Memphis, but so is the present. It will be interesting to see just how far they can go this year.