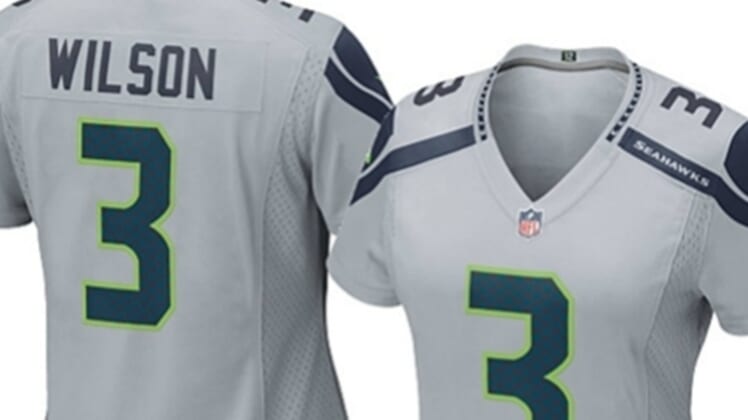 This is a really cool map released by Dick’s Sporting Goods. The retail outlet decided to put together information as it relates to the best-selling NFL jersey by state.

They did so with one small twist (h/t AdWeek.com). 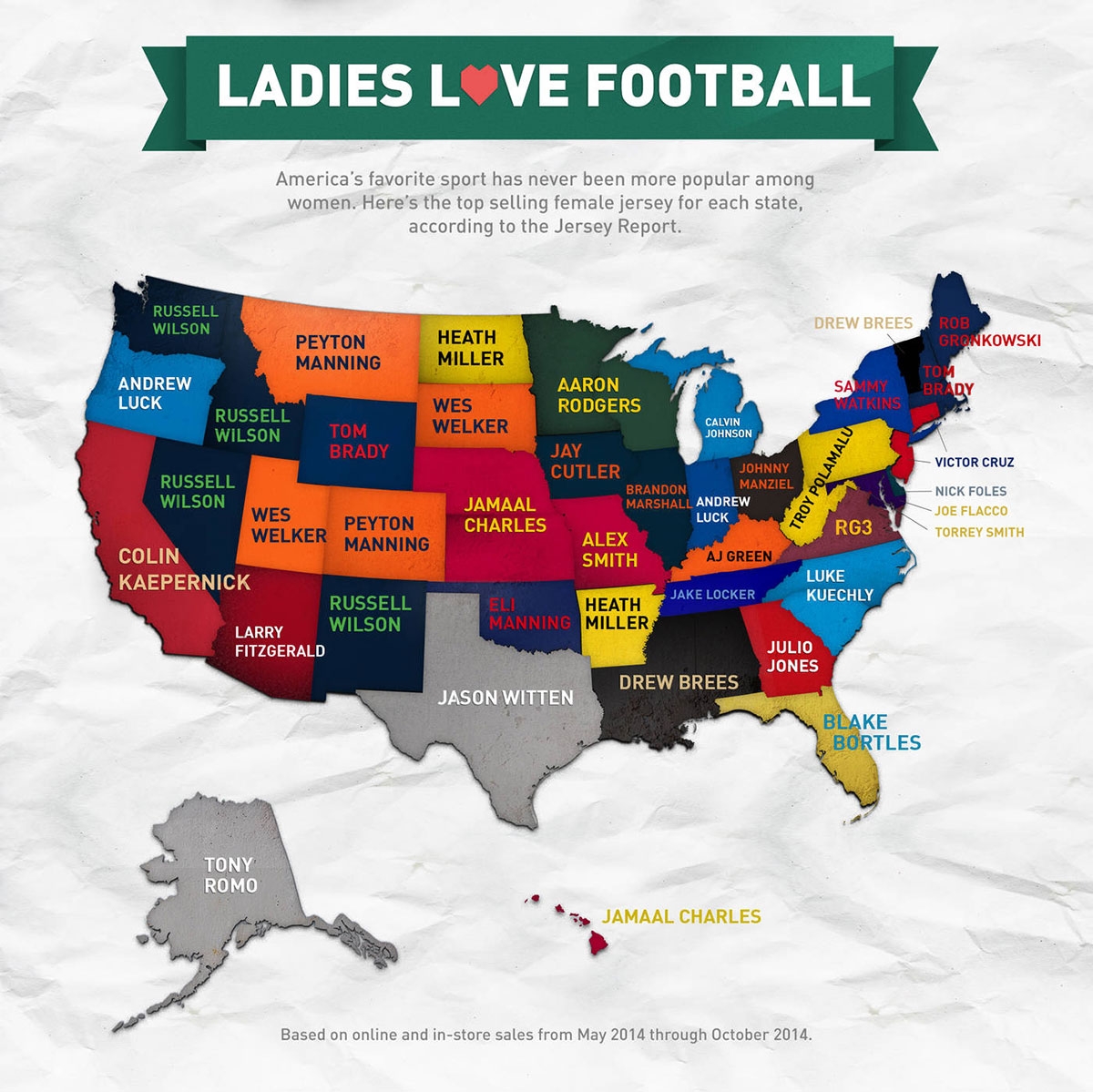 Outside of the now well-known fact that ladies do indeed love football, representing 46 percent of the entire NFL fan base, it was interesting to see what players were popular in each state among this demographic.

Out west, it’s not too much of a surprise. Colin Kaepernick took California, while Oregon went for Andrew Luck. Meanwhile, Russell Wilson nabbed the top spot in Washington, Idaho and Nevada.

In a bit of randomness, Pittsburgh Steelers tight end Heath Miller represented the best-selling jersey among women in Arkansas. I’d really like to know what is going on right there.

The east coast pretty much went with home-state teams with Tom Brady earning the top spot in Massachusetts, New Hampshire and Rhode Island. Interestingly, Drew Brees showed up as the best-selling jersey in the state of Vermont.

Outside of the continental United States, Tony Romo earned the top spot in Alaska while Jamaal Charles won out in Hawaii. And as it relates to the Dallas Cowboys quarterback, he didn’t even finish first in the state of Texas. Instead, that distinction went to teammate Jason Witten.