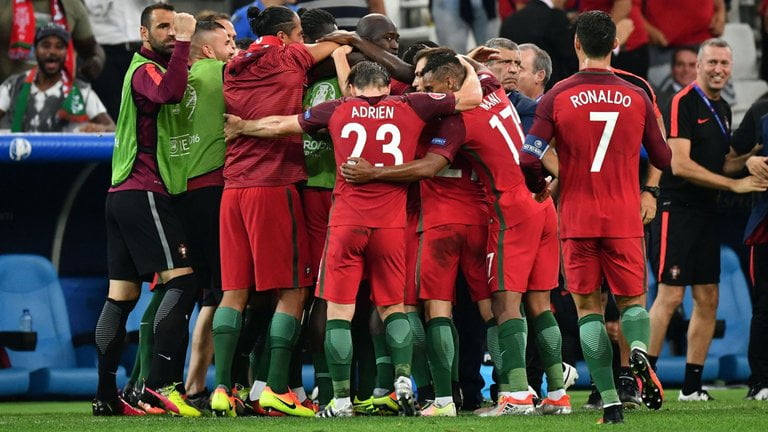 The European Championship is over, and Portugal has proven to be a worthy winner.

With 51 matches played and 108 goals scored, we look back and pick out the best 11 who put it all on the line for their national team.

The unemployed goalkeeper delivered the performance of his career against a German team packed with superstars. Having created 28 chances, McGovern made several amazing one-on-ones and close range saves, keeping the scoreline down to 1-0.

This scoreline later proved vital in getting Northern Ireland through to the knockout rounds.

Hummels is considered one of the best, if not the best, defender in world football. Even though he only played four games in this championship, he made more tackles than everyone outside of Ragnar Sigurdsson and somehow completed more mid-range passes than 100 million Euro rated midfielder Paul Pogba.

Throughout the Welsh team’s six matches, Williams stood taller than anyone else. He epitomized everything a leader on the pitch should be. Communicative, passionate and an example to others.

His desire didn’t just give Wales direction but inspired a nation. When Wales was down, he picked the squad up. When it was up, he kept the team determined.

Croatia tried to play attacking football throughout its four matches. The highlight being a fantastic victory over one of the favorites, Spain. Srna was a constant threat from his defensive position.

An attempted 32 crosses from a defender in open play shows true attacking intent and put Srna behind only Kevin De Bruyne and Dimitri Payet in that category.

Despite England’s failings, Walker showed energy and an attacking intent from defense. From that end of the field, Walker ran with the ball 26 times into the opponents final third.

Only Eden Hazard, Mesut Özil and Gareth Bale did that more often. For all England’s problems, this defender definitely wasn’t one of them.

This Euro 2016 Championship was a passing masterclass from Kroos. His ability to find teammates helped Germany play the most-attractive, possession-based football in France. With a 93 percent accuracy on 603 passes, he nearly doubled the next best passer in the ratings.

When Wales got knocked out against Portugal it looked to have run out of ideas going forward. Ramsey was suspended for that match and was obviously missed in the loss.

At the Euros, Ramsey made the same amount of tackles as Italy’s highly-rated defender Leonardo Bonucci, and delivered as many goal assists as Hazard, making him joint top.

Payet was France’s early star and savior, scoring late goals to help the squad get through close matches in the group stage. Payet was consistently creative, delivering 29 passes into key areas while providing three goal assists and two goals in his seven games. There is no doubt West Ham United have a class act on their hands.

Belgium flattered to deceive with their performances. It’s only when you look at the statistics that you realize Hazard played exceptionally well.

He had four assists, which put him joint top with Ramsey. He also attempted more dribbles in the box than any other player. The stats show Hazard to have been one of the most-attacking players in the championship.

Despite the final, Griezmann was a cut above most in the championship. He played chess while everyone else played checkers. Relying on his ability to find space and then pick apart an opponent’s defense with moments of skill and quick decisions, Griezmann deserved all the plaudits he got even though France lost the final.

Ronaldo didn’t last more than 24 minutes in the Euro 2016 final before getting injured but he still proved his status as one of the best players in the world ever!

Even when playing poorly, he’s exceptional. His constant frustration shows a man who needs to be perfect, not just win. In a Portuguese team that is setup to defend, Ronaldo was isolated, frustrated and less than his usual athletic self.

Yet, he finished as the championship’s second-best goalscorer, in the top three for assists and had more shots blocked (17) than the world class striker Robert Lewandowski even attempted for Poland.