On the offensive side of the ball, a certain seventh-round pick led his team to a comeback win in Las Vegas. Meanwhile, an electric young receiver made his first real impact as a rookie. These are among the six-best performances from NFL rookies in Week 17.

This former Baylor star has been one of the few bright spots for a two-win Texans team. He entered Sunday’s game against the Jacksonville Jaguars with 126 tackles, seven passes defended and four interceptions. While Houston was blown out by the score of 31-3, the safety came to play big time.

That pick represented Pitre’s fifth of the season. Sure he’s struggled at times in coverage, but this ball-hawking ability is going to be a major component to Houston’s success moving forward. He’s closing out his rookie season in fine fashion, too.

As far as NFL rookies go, Thornton has not necessarily lived up to expectations that came with being a seond-round pick last spring. The speedster entered Sunday’s game against the Miami Dolphins having caught 18-of-36 targets for 174 yards in 11 games.

That changed early on New Year’s Day with Thornton hauling in a seven-yard touchdown pass from Mac Jones to open the scoring.

Getting off to a strong start proved to be vital for New England as the team kept its playoff hopes alive. All said, Thornton hauled in three passes for 60 yards. That included a 24-yard catch earlier in the opening possession to set the stage for the Pats’ first score in what ended up being a 23-21 victory.

Kansas City selected this former Purdue standout with the 30th pick in the 2022 NFL Draft as a way to get Frank Clark more help out on the edge. Even in part-time action as a rookie, Karlaftis has played well. He entered Sunday’s game against the Denver Broncos having recorded 4.5 sacks, nine QB hits, six tackles for loss and a whopping seven passes defended from out on the edge.

Karlaftis continued his brilliant season in getting to Russell Wilson for a sack. He also recovered a fumble created by one of the other top NFL rookies on the season in that of Chiefs cornerback Trent McDuffie.

It wasn’t always pretty for “Mr. Irrelevant” against the Raiders in Las Vegas Sunday afternoon. Purdy struggled with accuracy throughout the game and threw a couple near interceptions. But when San Francisco needed him to step up as the team’s defense struggled for pretty much the first time all season, that’s what Purdy did.

With San Francisco down 10 points in the second half, Purdy went from managing the game to being a primary reason why the team came out on by the score of 37-34 in overtime for a ninth consecutive win. The Iowa State product completed 15-of-24 passes for 246 yards in the second half alone. Now undefeated through his first four NFL starts, Purdy is leading San Francisco to an average of 32.5 points per game during that span. Absolutely insane stuff.

This rookie from LSU has stepped it up big time recently for a Giants team that’s now surprisingly headed to the playoffs. That included Thibodeaux recording two tackles for loss, a sack and a pass defended in Sunday’s 38-10 blowout win over the Indianapolis Colts.

What we saw from Thibodeaux on New Year’s Day is just the latest example of the No. 5 pick playing at an incredibly high level for a good Giants defense. Over the course of the past five games, he’s registered 28 tackles (6 for loss), six QB hits and three sacks. That seems pretty good. 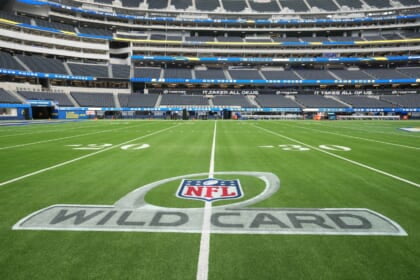 This sixth-round pick from Jackson State did not make his NFL debut until Week 12 against the Buffalo Bills. Since then, Houston has been among the best NFL rookies on either side of the ball. He entered Sunday’s game against the Chicago Bears having racked up eight quarterback hits and five sacks in five outings. Boy, did he continue with that tremendous performance in a blowout 41-10 win over Chicago.

All said, Houston sacked Justin Fields three times. He added two tackles for loss and a forced fumble in an eye-opening performance. Detroit finds itself with an opportunity to earn a playoff appearance if it defeats Aaron Rodgers and the Green Bay Packers while getting some help.

With Houston and fellow rookie Aidan Hutchinson dominating out on the edge, we wouldn’t put it past the team to win inside Lambeau Field. Simply put, it’s astonishing how good Houston has been since making his debut on Thanksgiving.