As we move further into the 2014-15 NBA season, we often times need to find ways to find entertainment between now and June, when the season ends. Sure, there are a few dozen key matchups to pay attention to over the next seven months, but let’s face it, we don’t need to dissect every game the Cleveland Cavaliers lose to see whether or not the team is already in turmoil.

Instead, here are the best “Kid ‘n Play” hairstyles in the NBA.

Before we get started, if you clicked on this story…you must know who Kid ‘n Play are. If not, you may want to Google it (or get better at life). That said,  you must be a loyal reader to continue on with no clue of what this piece is about..so thank you (or maybe you just like stories about hairstyles? Either way, we’ll take it).

Let’s start with some more current players. When “Kid ‘n Play” were at their peak, the look was an “in” style. Not so much any more. However, if you’re an NBA player or a celebrity, it’s easier to get away with more, um, unique fashion statements. Let’s get started. 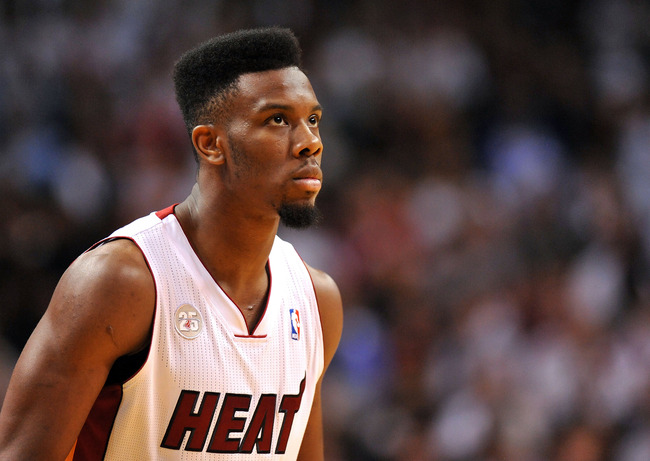 Let’s face it, when you’re LeBron James’ teammate, if you want to get noticed, you either have to be lights out when shooting a basketball, or uber creative with your “identity.” Cole puts his focus on the latter. As a role player for the Miami Heat, Cole got his 15 minutes of fame as the team won its championships. But let’s be honest, the average NBA fan wouldn’t know who Norris Cole was without that perfectly groomed flat top hairstyle. You know, we say “touche” to you Norris…you look great in that look. Also, he looks a tad like Chicago from Poetic Justice. Yes, that’s a story for another time. 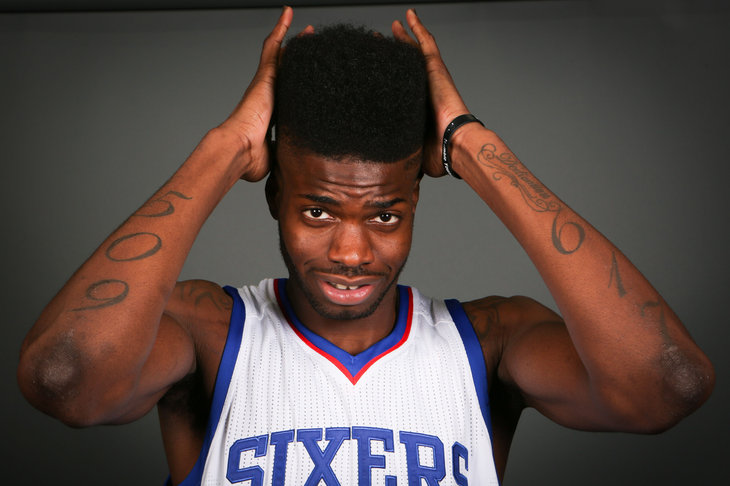 Not that college basketball’s biggeset name two years ago, Nerlens Noel, needed any more height (he’s 6’11”), but his high-rise flat top is the closest Kid ‘n Play hair style in professional sports. Only in video games can you make that high of a flat top look so good. He’s still got a few more inches to go until he reaches “Slim Jim Guy” status. We’re happy to see Noel on the floor after his untimely knee injury in his only season at Kentucky, but he’s yet to show why many considered him to be the first overall pick prior to the injury. But you look good kid, now go play (see what I did there?!) 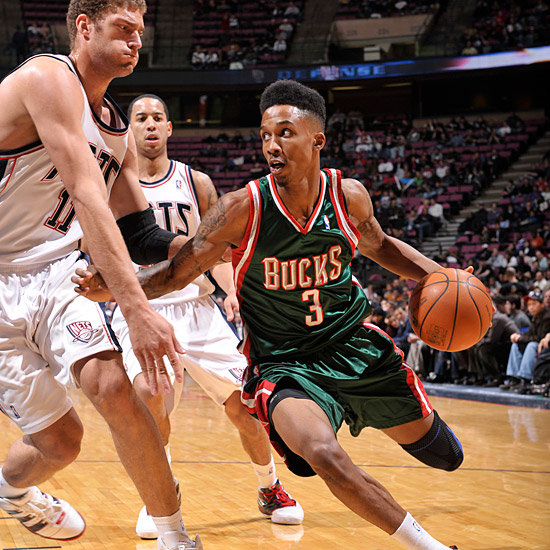 Jennings should get some credit as being one of the pioneers of bringing the Kid ‘n Play style “back” (some will argue it never went away. Not sure who, but some where, someone will argue that) as he was a young phenom who made headlines by skipping college and playing over seas after high school, to bypass the NBA’s “one and done” rule. His game is flashy, but he’s played for the Detroit Pistons and Milwaukee Bucks, so not many people notice. What they do notice, is his hair. Hey, if you’re going to lose a bunch of games, you may as well look good while you do it. Just ask Carmelo Anthony. 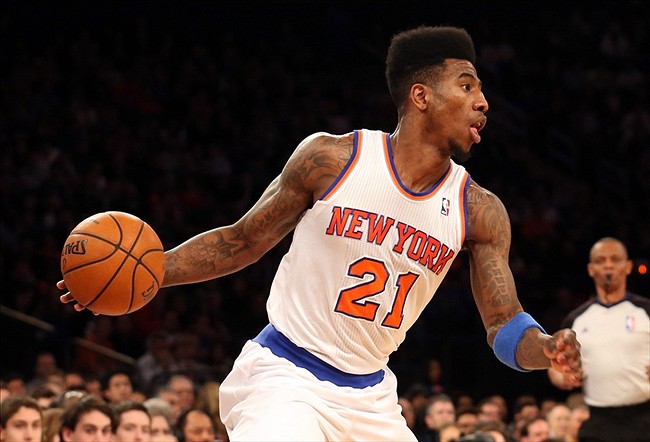 Ah yes, the section of the list where current and former New York Knicks take control. We’ll start with the current roster and Iman Shumpert. Another guy who gets noticed more for his style than his play on the court, but pulls it off none the less. Shumpert has had some high expectations that he’s yet to live up to, but even higher is his media guide height of 6’5″. Has anyone checked to see if his correct height is 5’9″? Sadly for many of us, Shumpert did away with the iconic hair style last October, and his explanation is golden. Apparently he’s go this focus back…as the flat top is back and higher than ever! 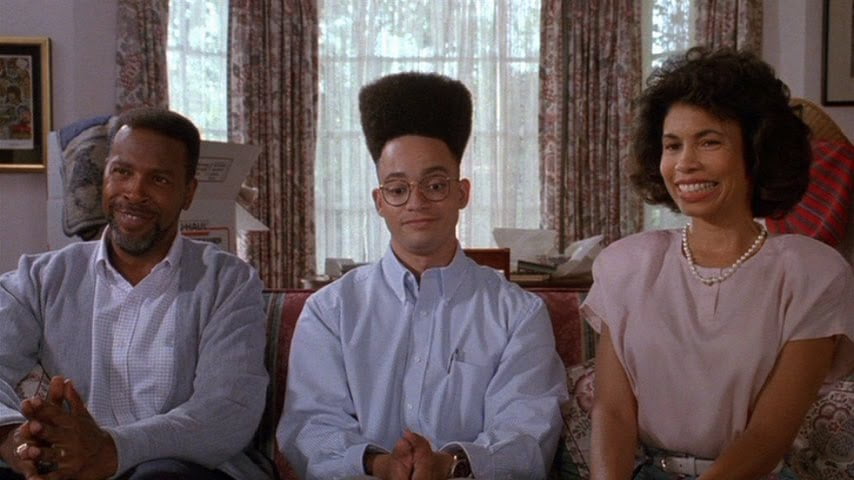 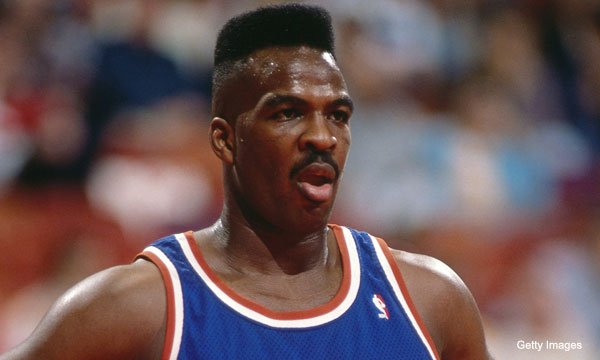 Former New York Knick/tough guy/NBA journeyman Charles Oakley wasn’t know for his hair. But he rocked the flat top when it was in style the first time. The more I look at the image above, that style makes Oakley look good. Like real good.

Another former Knick, or as some call him, “THE Knick,” Patrick Ewing had a mean, thick flat top during the beginning of his NBA career. As age got the better of his hair line, Ewing went more with the fade look. But he’s a legend andhe gets credit for any hair style he made look good. 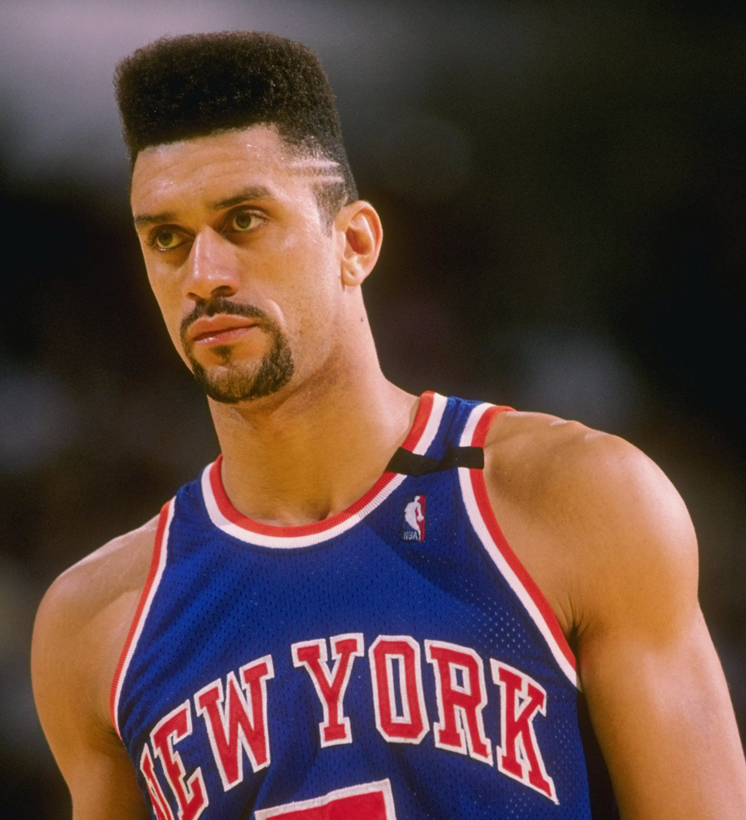 Yet another Knick, Walker is still talked about even though his career was quite short for being the fifth overall pick in the 1986 draft. Some will argue him winning the 1989 dunk contest is what people remember him best for, but a quick Google search will show the same handful of pictures that feature his hair. Some ’em if you got ’em bud, you earned it. 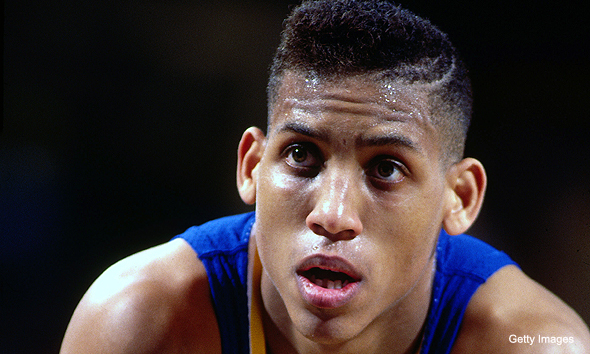 Reggie Miller was the furthest thing from a Knick. The “anti-Knick” as some in New York refer to him as. But for a short time early in his career, Miller rocked a mini version of what Kid ‘n Play was putting out there. Too bad the sharp shooter went bald…this look is sa-weet. 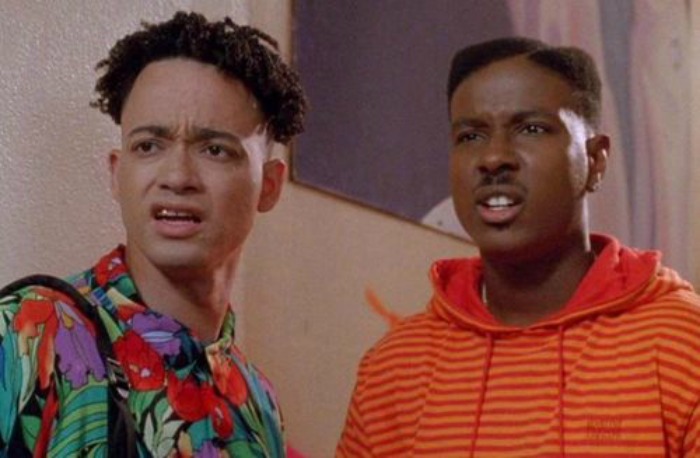 Kid ‘n Play, like some of the guys on this list, didn’t keep the iconic look going as they grew older. At fault, is likely a combo of style and genetics, but they still had some pretty sick looks going on. To honor them even further, here are some NBA players who had similar “later years” Kid ‘n Play hair styles. 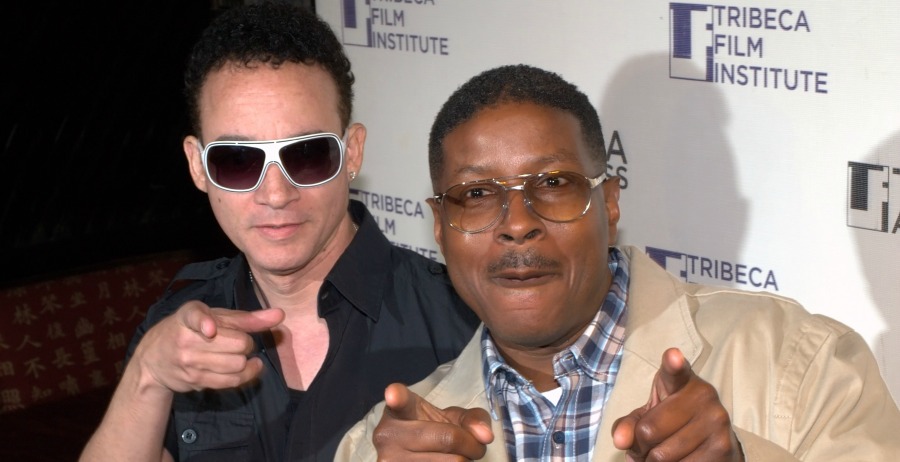 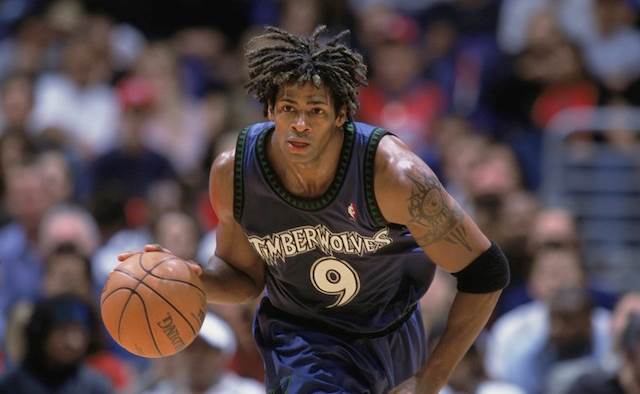 Kendall Gill had a decent NBA career. He also had some decent looks going up top. None of them were more outrageous than his days in Minnesota. Small dreads and frost tipped? Nice try Kendall, not even the Counting Crows guy can handle real short dreads. Thankfully, this look didn’t last too long for Gill and he was out of the league shortly after his stint in ‘sota. 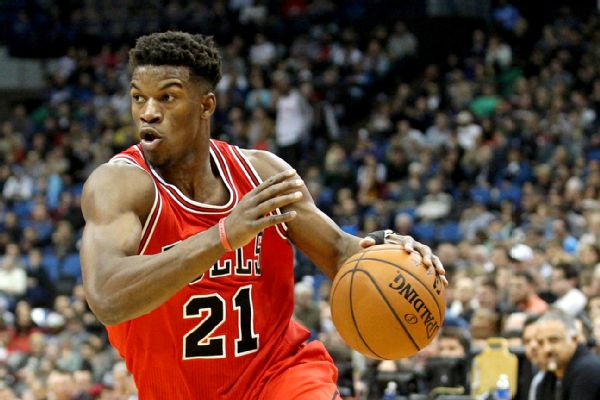 No need for an explanation here. You can see the similarities. Butler is a flat out stud too, so he can do what ever he damn well pleases. 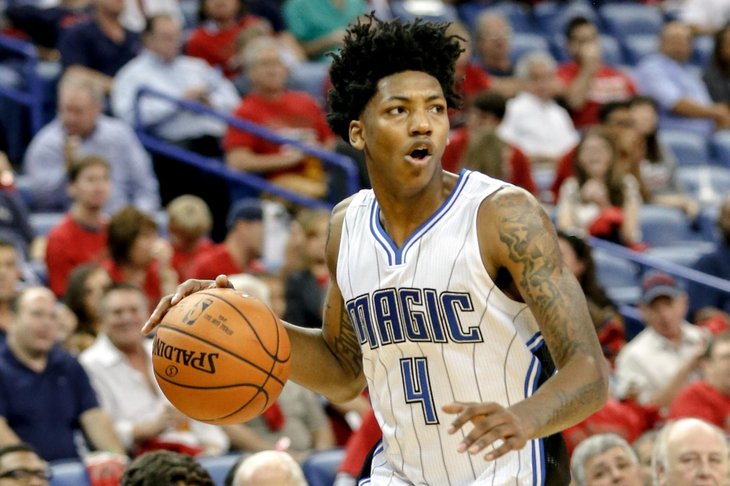 Easily the newest version of what the older generation calls, “what sort of hair style is that?” In today’s NBA, Payton brings a swagger and style of play the Orlando Magic desperately need. If crazy hair styles help you win more games, Magic fans won’t give a rip what you look like. They’ll worship you.

Kid ‘n Play were pioneers in fashion. That fashion is starting to become trendy once again. Think about that for a second. If someone told you 10 years ago that the Kid ‘n Play look was coming back, you would have asked that person if they drink Goldschläger all the time, or just that day.

Hats off to Kid ‘n Play. If you can find a hat that will stay on their heads.