The five best defensive centers of all time 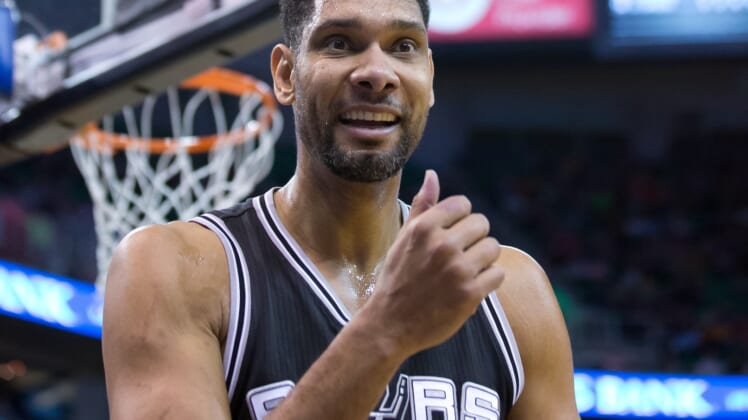 The last entry in the series, this list looks at the best defensive centers in NBA history. To recap, Jason Kidd was the best defensive point guard, Michael Jordan skied above other shooting guards, John Havlicek paced all small forwards – for the time being – and the “Mailman” Karl Malone does deliver on Sundays (on defense, at least).

As with previous lists, the players featured must have played as a center for most, if not all, of their career. That said, a familiar name that wasn’t in the power forwards list is on this one, finally putting that discussion to bed.

One of the most dominant centers in NBA history, Chamberlain used his immense size (7-foot-1, 275 pounds) to torture opposing defenders. He’s also scored 100 points in a game, the most in NBA history, and made the All-Star team in 13 of his 14 seasons.

Because the All-Defensive team was created near the end of his career, Chamberlain only made the 1st team All-Defensive twice. Chamberlain’s defense helped him reach the top-20 in defensive win shares in each of the 13 seasons he played more than 70 games.

“The Dream” captivated fans and mesmerized opponents with his near-unstoppable “Dream Shake“, so much so that the newer generation of players asked Olajuwon to teach it to them. Olajuwon perfected the “Dream Shake” and his impeccable footwork helped the Houston Rockets win back-to-back NBA championships in the 1990s.

Not only was Olajuwon was an offensive maestro, he also terrorized opponents on the defensive end: he made nine All-Defensive teams – five times on the 1st team and four times on the 2nd team – and won back-to-back Defensive Player of the Year awards.

For his career, Olajuwon averaged three blocks and 1.7 steals per game. His 94.4 DWS is fourth in NBA history.

At 7-foot-2, Abdul-Jabbar used his length to perfect the “sky hook,” a hook shot that was almost impossible to block. “Cap’s” longevity – he played 20 seasons – allowed him to rack up the accolades on offense: he’s the NBA All-Time leading scorer.

Even as a dominant offensive player, Abdul-Jabbar wasn’t a slouch on defense. He made 11 All-Defensive teams – five times on the 1st team and six times on the 2nd team – and led the league in blocks four times.

Because of all the aforementioned reasons, Abdul-Jabbar is third in DWS with 94.4.

The fulcrum of the San Antonio Spurs dynasty, Duncan’s production was unmatched: for his 19-year career, he made the All-Star, All-Defensive and All-NBA teams 15 times. “The Big Fundamental” never relied on athleticism – rather he used his immense basketball IQ to get to his spots, both on offense and defense.

Although Duncan made the All-Defensive team an NBA-record 15 times – eight times on the 1st team and seven times on the 2nd team – he’s never won a Defensive Player of the Year award. He’s also fifth all-time in blocks (3020) and had 18 seasons in the top-20 in DWS.

His inclusion on this list might seem controversial to some but according to basketball-reference, Duncan played center for 10 of his 19 seasons in the NBA. Nevertheless, Duncan’s 106.3 DWS is second all time and he is one of two players in NBA history to amass more than 100 DWS.

An 11-time NBA champion, Russell is the ultimate definition of a winner. The 12-time All-Star won five MVPs and was an All-NBA selection 11 times.

Because Russell played between the late 1950s and late 1960s, he only made an All-Defensive team once – he was part of the first 1st team All-Defensive in 1968-69. Also, even though the NBA didn’t record blocks and steals as stats during his career, he still led the league in DWS in each of his 13 seasons.

The only other player to get more than 100 DWS, Russell’s 133.6 DWS is the best among centers and the most in NBA history.