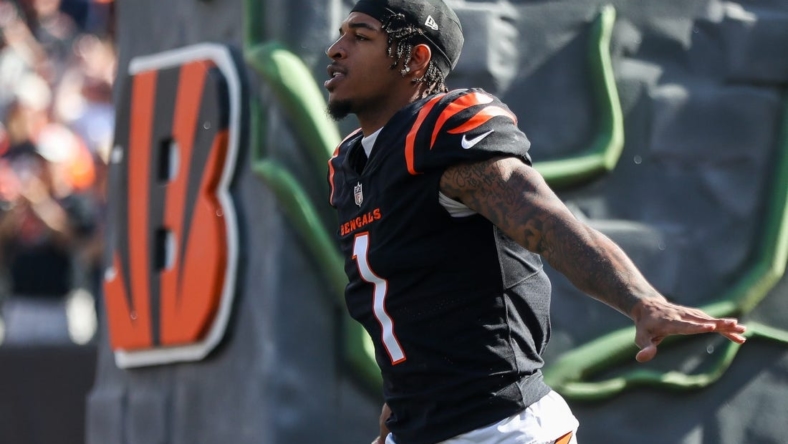 The Bengals (5-4) play the Pittsburgh Steelers (3-6) on Sunday, a rematch of their overtime loss in Week 1.

The Bengals opted not to place Chase on injured reserve in part because of the bye week, head coach Zac Taylor said. A move to IR requires a player to miss four games.

“His mind his good. He feels good. We’re going to take it slow,” quarterback Joe Burrow said last week. “I know he feels good and wants to get back out there. It’s a long process. We’ll see when he comes back. Hopefully maybe after the bye, we’ll see.”

Chase, 22, initially injured the hip in Week 6 against New Orleans. He then aggravated it on a non-contact play in the closing seconds of the first half of the Bengals’ 35-17 win over the Atlanta Falcons on Oct. 23.

After limping off the field, Chase returned to play in the second half.

Chase missed games against the Browns and Panthers before the bye week.