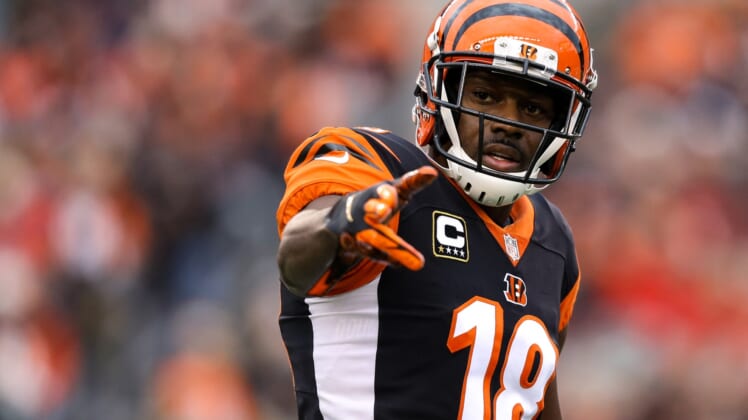 The Cincinnati Bengals haven’t had star receiver A.J. Green in the lineup all season, but the All-Pro could return this week after rehabbing an ankle injury.

On Monday, head coach Zac Taylor said he would not rule Green playing this weekend but noted he’ll need to see the receiver practicing in full before making any determination.

The Bengals certainly need a boost. They rank 27th in total offense (305.3 yards per game) and 28th in scoring offense (16.3 points per game), and quarterback Andy Dalton is having a brutal season after starting out red hot in the first couple of weeks.

Last season, Green caught 46 passes for 694 yards and six touchdowns in nine games. When healthy, he’s among the league’s best and can certainly add potency to an offense that has none at this time.