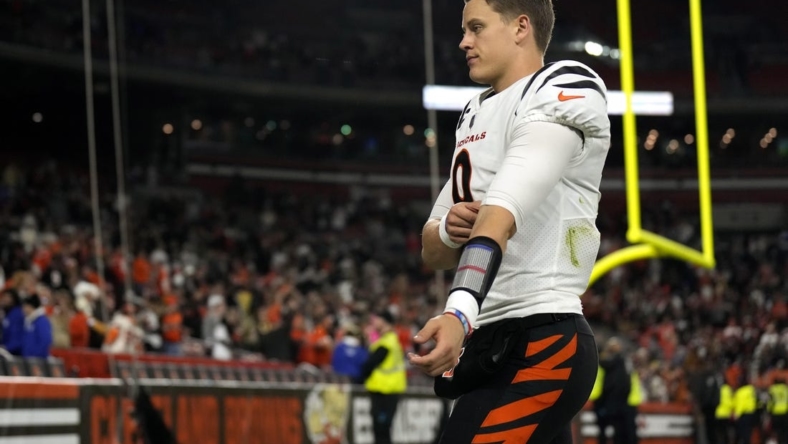 Turning frustration into something fruitful is going to be crucial for the Carolina Panthers and Cincinnati Bengals.

The teams are trying to pull themselves up in different manners. The chance to secure a more positive outcome Sunday afternoon in Cincinnati should be enticing for both squads.

The Bengals (4-4) are trying to recover from Monday night’s 32-13 loss to the Cleveland Browns.

“There will be a lot of people looking at themselves figuring out what they can do individually to be better and that’s how you get out of situations like this,” Bengals defensive end Sam Hubbard said.

The Panthers (2-6) had a chance for a dramatic victory turn sour in Atlanta with an overtime setback.

Panthers interim coach Steve Wilks said he senses the players have supported each other in the days since the disturbing overtime loss in Atlanta, where Carolina had multiple chances to pull out a victory before falling.

“We can’t let a loss like that travel with us into this week,” Carolina quarterback P.J. Walker said.

The Panthers are sticking with Walker even though opening-game starter Baker Mayfield is back from an injury and available.

“It’s getting comfortable with the guys,” Walker said. “As we go forward, just gaining more confidence with the guys. It has been an up and down couple of weeks. … The coaches trust me. My teammates trust me.”

Still, it’s a work in progress.

“I think the chemistry is building,” Wilks said of the link between Walker and the receivers.

The good thing for Walker is that running back D’Onta Foreman has been productive in the two games since the trade of Christian McCaffrey. Chuba Hubbard could be Foreman’s backup again after missing last week’s game with an ankle injury. He was limited in practice Wednesday.

Foreman has stepped into the spotlight and given Carolina’s offense a hard-nosed attitude.

“A big, physical back that can tote the rock,” Wilks said. “He can wear the defense down as the game progresses.”

The Bengals came out of the Cleveland game wounded, losing cornerback Chidobe Awuzie to a season-ending knee injury. Cornerback Tre Flowers exited that game with an ailing hamstring and didn’t practice Wednesday. Neither did cornerback Mike Hilton (finger).

It looks like Carolina’s secondary is going to be without safety Juston Burris (concussion), while cornerback Donte Jackson (ankle) missed practice on Wednesday.

The Bengals have already defeated a pair of NFC South teams, besting Atlanta and New Orleans. Those victories were marked by quarterback Joe Burrow’s high passing output. Burrow has thrown for a league-leading 2,329 yards.

Cincinnati’s rushing attack hasn’t kept pace, though, ranking 30th in the league at 81.0 yards per game. That could be connected to an offensive line that hasn’t been in sync, as evidenced by allowing 30 sacks — second-most in the league.

“Starting with their defense, they are really equipped with talent across the board,” Bengals coach Zac Taylor said of the Panthers. “It is a team that I don’t really care what their record is. We just watch the tape and we see the issues that they pose.”

Wilks said struggles for the Bengals can’t be taken for granted by the Panthers in their preparation.

“We have to make sure we’re on point in all facets of this football game,” he said.