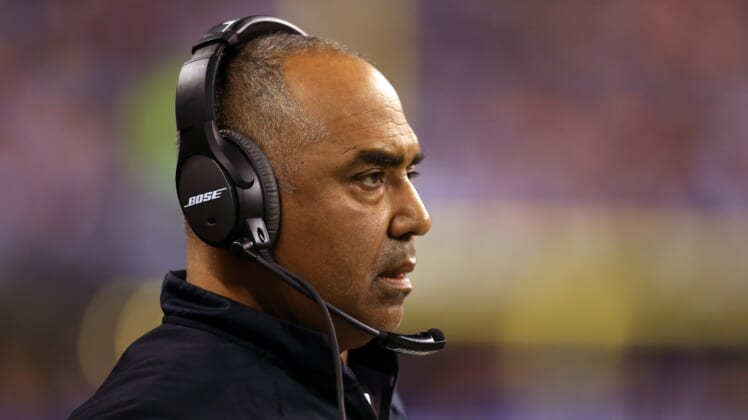 Cincinnati Bengals head coach Marvin Lewis is most definitely on the hot seat after his team started the season 5-8 and is completely out of the AFC Playoff race.

That was brought to an entirely new level following an embarrassing 33-7 home loss to the last-place Chicago Bears this past Sunday.

Now, in talking about the performance of his team and his responsibilities as head coach, Lewis has seemingly gone off the deep end.

“Well, you don’t want this. I don’t think anybody does,” Lewis said, via Cincy Jungle. “These guys have a lot to play for, and it’s not my responsibility to get them — as I said — to turn up the music. (We’ve got to) figure out a way to get momentum going and put good football plays together. If we got young guys in there, they’re going to have to grow up in a hurry, because we are going to play three good football teams.”

Actually, Marvin, part of being a head coach in the NFL is to get your players motivated to…play.

Though, that comment isn’t even the best of it. Lewis then decided to partially blame the officials for a 26-point home loss against a Bears team that had dropped five consecutive games.

“It started with the first third down of the game, where I’ve got to challenge a play because we can’t even get it right from the officials,” Lewis continued. “So I got to waste a challenge there — it kills what was a good play and now we got to go back.”

It’s now an open question if Lewis is just trying to get fired. He’s a lame-duck head coach after Cincinnati refused to extend him during the offseason.

Having failed to win a single playoff game in his 12 seasons as Bengals head coach, it’s simply time for the two sides to move on. Now that this talented squad isn’t even a playoff contender (and hasn’t been for some time), maybe the Bengals’ brass should cut ties as soon as possible.

If not, the Bengals will soon join the Browns as an embarrassment to Ohio professional football. If that hasn’t happened already.