Bengals have target on backs ahead of opener vs. Steelers 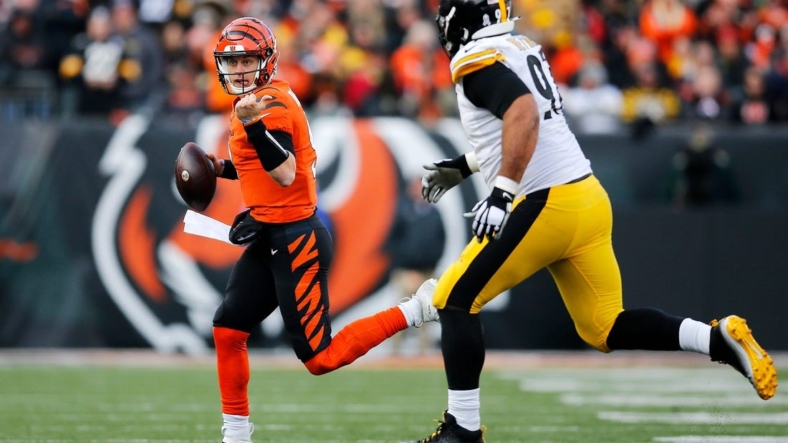 The Cincinnati Bengals won’t sneak up on teams this season as they begin defense of their AFC championship when they host their division rivals, the Pittsburgh Steelers, on Sunday.

The Bengals stunningly went to the Super Bowl for the first time in over three decades last season, falling to the Los Angeles Rams. Cincinnati hadn’t won a single playoff game since the 1990 campaign before reeling off three straight in January.

The Bengals won a total of six games over the previous two seasons before going 10-7 last year. Former No. 1 overall draft pick (2020) Joe Burrow knows teams all around the league will be gunning for Cincinnati after last year’s success.

“You want to be hitting on all cylinders early in the year, so you’re not going into the bye week 7-6 like we were last year,” said the Bengals QB, who set franchise records of 4,611 yards and 34 touchdowns passes. “We want to be one of the top offenses in the league, and we have the capacity to do that year in and year out.”

“We knew the work that we needed to put in during training camp to prepare ourselves for the first week,” Taylor said. “I’m not looking beyond that, because we know how big Pittsburgh is Week 1 at home — and how big a divisional game is, period. It’s important to open up with great energy in front of your fans and start the season 1-0.”

The Steelers went 9-7-1 last season and lost 42-21 to the Kansas City Chiefs in an AFC wild-card game.

Trubisky, the No. 2 overall pick by the Chicago Bears in 2017, has been much maligned in his career. But he signed as a free agent in the offseason and quickly impressed the Steelers. This week he was named a team captain before being officially named the Week 1 starter.

“We’re just really comfortable with what Mitch has shown us,” Pittsburgh head coach Mike Tomlin said. “He’s a guy that came to us with franchise quarterback experience. He’s comfortable in those shoes. He’s been the focal point of a football team, in the organization before. He’s had success in doing so.

Trubisky, 28, went 29-21 as a regular-season starter during his four seasons with the Bears. He spent last season with the Buffalo Bills as a backup to Josh Allen.

Now he’s looking to help the Steelers get out of the gate in 2022 with a road victory.

“I think there’s always a sense of urgency,” Trubisky said. “We’re preparing to win every single weekend. It doesn’t matter who’s on our schedule. We want to play really well, and we want to win every game. We prepare that way and we go out and execute and put our best foot forward.”

Burrow underwent an appendectomy early in training camp and is fully recovered.

Cincinnati swept last season’s two meetings for its first season sweep over Pittsburgh since 2009, winning 24-10 at Pittsburgh and 41-10 at home. The Bengals have won the past three meetings after losing the previous 11, including the postseason.