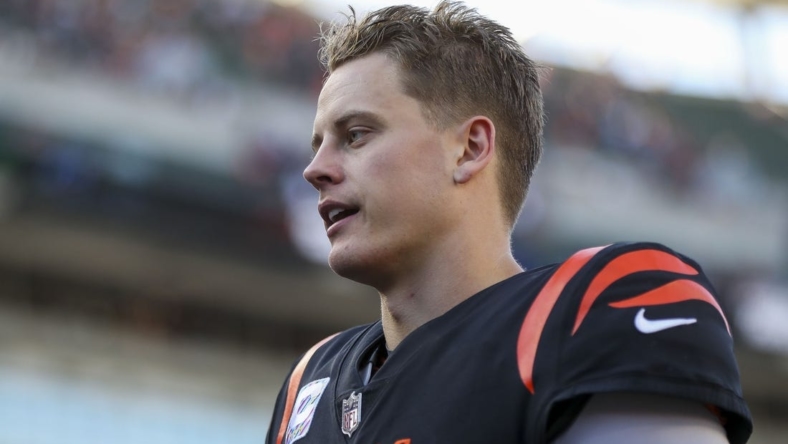 The Cincinnati Bengals travel to Cleveland on Monday night looking to pull even with the Baltimore Ravens in the AFC North, while the Browns are desperately trying to stay within shouting distance of their division rivals.

Cincinnati (4-3) is coming off a 35-17 victory over the Atlanta Falcons in which Joe Burrow threw for a season-high 481 yards and three touchdowns. However, he is now without star wide receiver Ja’Marr Chase due to a hip injury.

The Browns (2-5) have lost four consecutive games but have the two-headed backfield of Nick Chubb and Kareem Hunt to stay in most any game.

The Bengals opened as 3.0-point favorites at BetMGM, and that’s where the line sat mid-day Monday after moving to 3.5 points. Cincinnati has drawn 68 percent of the spread-line bets at the sportsbook along with 62 percent of the money.

Burrow sports an 0-3 career record against the Browns. He sat out last year’s visit to Cleveland with the Bengals resting their starters prior to the playoffs.

“Last year they did a good job of creating turnovers, we didn’t do a good enough job of protecting the ball,” Burrow said. “You have to credit them for that. And then, going back to my rookie year, same thing, they’ve been able to create turnovers on us. We moved the ball for the most part, but we’ve just got to be able to protect the ball and the defense will be able to do what they do.”

PROP PICKS
Browns RB Nick Chubb to score anytime touchdown (-250 at BetMGM): This has been the second most popular prop bet at the sportsbook. Chubb has rushed for eight touchdowns through seven games and has reached the end zone at least once in all but two. The Bengals are allowing 4.6 yards per carry and could see an even heavier dose of Chubb with the Browns reportedly considering offers for Hunt ahead of Tuesday’s trade deadline.

Bengals WR Tee Higgins Over 73.5 Receiving Yards (-125 at DraftKings): Higgins and Tyler Boyd become de facto co-No. 1 receivers with Chase out. Higgins has topped 73.5 yards in three of his past four games and has averaged 8.4 targets over his past five. The Browns rank 26th in the NFL in allowing an average of 7.1 yards per pass attempt.

Under 45 Total Points (-112 at BetRivers): The Under has been strong for sportsbooks throughout the first half of the NFL season. There are a lot of offensive playmakers in the game, but also two solid defenses with Cincinnati ranking 11th and Cleveland 17th. Chase being out changes the dynamic just as Burrow and Co. were beginning to break out of an early-season slump, and the Browns are averaging 20.75 points during their four-game skid.

INJURY REPORT
Bengals: Chase is expected to miss four to six weeks with a hip injury and could be placed on injured reserve. The team will also be without fellow wide receiver Stanley Morgan (hamstring) and defensive tackle Josh Tupou (calf), while cornerback Eli Apple (hamstring) is doubtful and tight end Hayden Hurst (groin/ankle) will be a game-time decision.

Defensive ends Jadeveon Clowney (ankle) and Myles Garrett (shoulder, biceps) were listed as “unspecified” after Saturday’s practice, although Garrett is expected to play.

PREDICTION
The teams would appear to be trending in opposite directions but the Bengals never have an easy time of it at Cleveland. The Browns are at home in prime time and with their season on the line, they control time of possession on the ground in a tight upset. –Browns 23-20