Ben Simmons won’t play for the Sixers this season 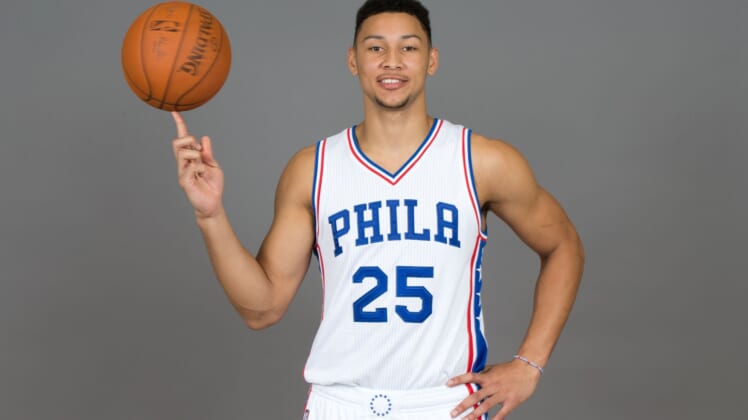 With less than a third of the season remaining, time was running out for rookie No. 1 overall pick Ben Simmons to make his NBA debut. Simmons suffered a broken foot back in training camp and has been sidelined since.

Unfortunately for those with the Philadelphia 76ers, Simmons will now sit out the remainder of the season.

“The scan on his (Simmons) right foot the first overall pick had on Thursday at the Hospital of Special Surgery in New York showed that his foot still has not finally healed,” Keith Pompey of Philly.com reported Friday. “That’s why he is unable to make his debut this season.”

As Simmons’ timeline continued to get pushed back, it became obvious that something wasn’t right. Obviously, his foot has not healed at the level the team had initially hoped.

The reality of the situation for Philadelphia is that it is smart to shut Simmons down for the remainder of the season. The Sixers just traded away two core players. And despite vast improvement from previous seasons, they are currently 21-35.

There’s no reason to rush Simmons back to the court. Let him recover completely before he makes his NBA debut next season.