Ben Simmons is in some rare, strange NBA history 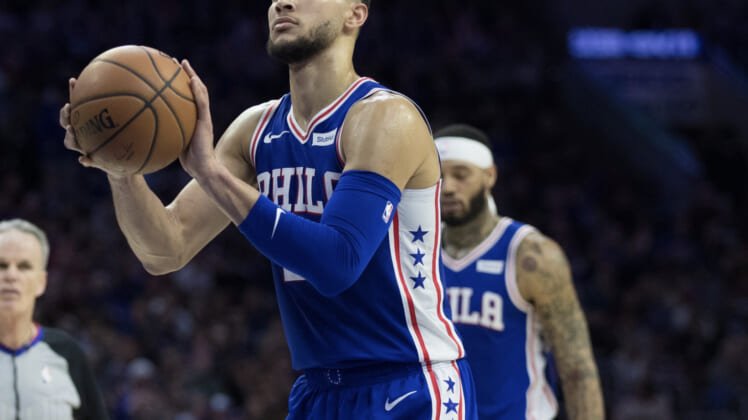 Philadelphia 76ers guard Ben Simmons is one of the most unique players in the NBA. In an era where the three-point shot is king, Philadelphia’s All-Star point guard hasn’t sunk a single three in his NBA career.

It’s almost an accomplishment for an All-Star guard to be with more than 150 games into his NBA career without drilling one three-point shot. It also helps Simmons be in a unique class of basketball history.

According to NBC’s Tommy Breer, Simmons joins Zaza Pachulia, Joakim Noah and Hall of Famer Shaquille O’Neal as the only players in this millennium to record 1,000-plus assists without a single three-point make.

It’s not for a complete lack of trying by Simmons, though putting up the shot from beyond the arc isn’t exactly part of his game. In his 160 career regular season games, Simmons attempted just 17 three-point attempts and cut down from 11 in his rookie year to six this season.

Opposing fans and even opposing players aren’t afraid to clown on Simmons for some of his shortcomings on the court either. Though perhaps the Nets might need to stop provoking the bear after he growled following a ferocious dunk and scored 31 points in Philadelphia’s Game 3 win over the Nets on Thursday.