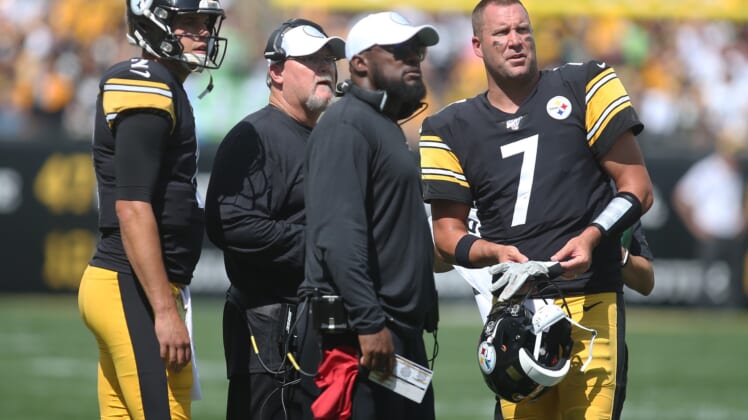 Pittsburgh Steelers quarterback Ben Roethlisberger underwent surgery to repair damage to the elbow on his throwing arm on Monday, per ESPN’s Adam Schefter.

Roethlisberger exited the Steelers’ Week 2 contest against the Seattle Seahawks after attempting to play through what was obviously a painful injury.

Though many wondered about his future after news broke that Roethlisberger would miss the season with the elbow injury, the quarterback issued a statement in which he made it clear he will play for the Steelers in 2020.

Assuming Roethlisberger does play next year, he’ll be playing in his Age 38 season.

While Roethlisberger remains out of commission in 2019, last year’s third-round pick, Mason Rudolph will continue to take over in his stead. In his first start Sunday against the San Francisco 49ers, Rudolph struggled outside of two impressive touchdown throws.