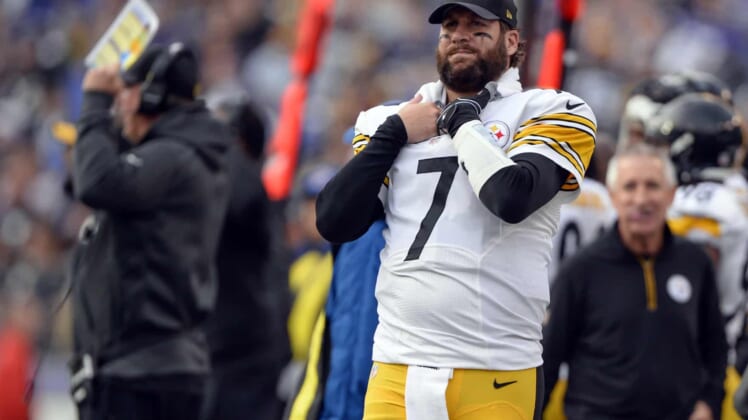 Ben Roethlisberger and the Pittsburgh Steelers will make their 2017 regular season home debut against the Minnesota Vikings at Heinz Field this week. It’s a venue that has in the past acted as a tremendous home-field advantage for Pittsburgh. But it in no way compares to the old Three Rivers Stadium — a venue that hosted these Steelers for over three decades.

In talking about his home-town fans and a sudden perceived lack of fear from opposing teams, Big Ben had some rather interesting comments.

“I expect it and hope it’ll be sold out, loud, crazy,” Roethlisberger said, via ESPN’s Jeremy Fowler. “You know, we need to bring back that home field, Heinz Field mystique, if you will. It was always that way when I first got here, the first few years when I was here and not saying we’ve lost it, but teams need to fear coming into Heinz Field. One, because of the fans and the craziness and two, because of our play.”

Technically, Big Ben doesn’t have to worry about the game selling out. That’s been the case for every home game in Pittsburgh since the 1972 season. Though, there has definitely been empty seats in the past.

For the Steelers’ part, they finished last season with a 6-2 record at home. That’s not too shabby, at all.

Pittsburgh hosts an upstart Minnesota Vikings team on Sunday. It will most definitely be interesting to see just how much of a home-field advantage those waiving the Terrible Towels will have in what promises to be a very good game.