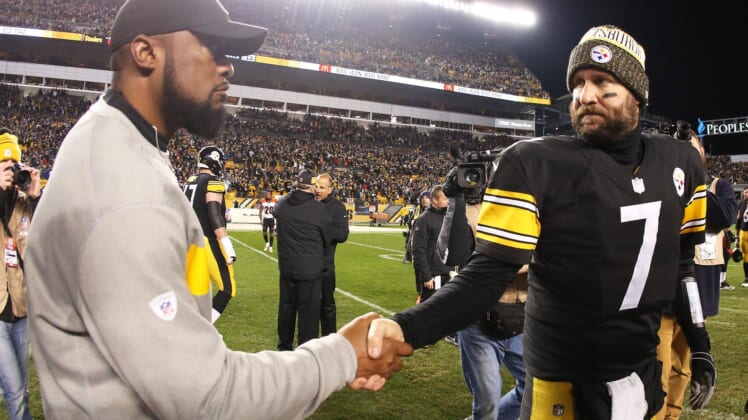 The Pittsburgh Steelers have been trying to hammer out another contract extension with quarterback Ben Roethlisberger for a while, and now there’s a new sense of urgency to the process.

According to ESPN’s Adam Schefter, the Steelers want to get Roethlisberger’s contract extension handled before the first round of the 2019 NFL Draft kicks off on Thursday.

Roethlisberger, 37, is coming off another big year after passing for 5,129 yards and 34 touchdowns. He and former Steelers star Antonio Brown clashed big time last year, and of the two Roethlisberger was left standing with the support of the organization behind him.

A couple years back Roethlisberger was openly considering retirement. Yet he’s found a renewed passion for the game. Now, playing into his early 40s seems likely barring an injury.