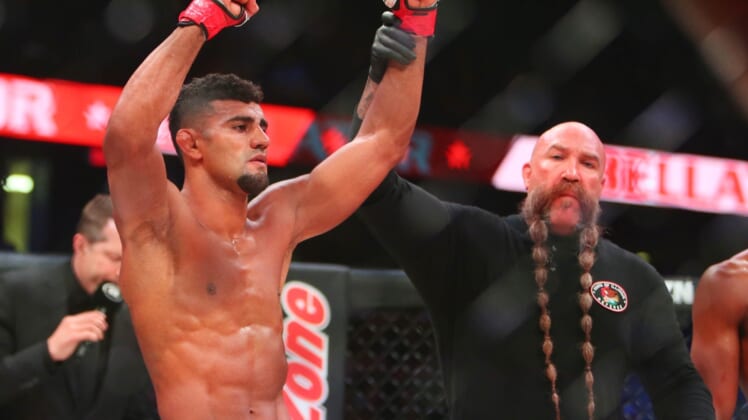 Bellator is welcoming fans back to its MMA events beginning June 11 with Bellator 260 at Mohegan Sun Arena in Uncasville, Conn.

“Bellator has been having some of the best cards in its history since our extended stay at Mohegan Sun began last year,” said Scott Coker, Bellator MMA president, in a release Wednesday. “I am excited that for the first time in over a year, our fans will be able to have a fun night out and experience our elite action live.”

Bellator 260 is headlined by welterweight world champion Douglas Lima (32-8) of Brazil, who will be defending his 170-pound title against the undefeated Yaroslav Amosov (25-0) of Ukraine.

Fans also can attend Bellator 261 on June 25, featuring an interim heavyweight title bout between No. 1-ranked Timothy Johnson (15-6) and No. 3 Valentin Moldavsky (10-1) of Ukraine.

Bellator 260 will mark the first time the promotion welcomes fans back since the pandemic began in March 2020. This Friday night’s Bellator 259: Cyborg vs. Smith 2, featuring women’s featherweight champion Cris Cyborg in a rematch with Leslie Smith, marks the 16th and final event at Mohegan Sun Arena without fans in attendance.

Bellator will be offering a limited number of tickets for both events, and the organization noted that COVID-19 protocols will remain in effect, along with extensive guidelines created in conjunction with Mohegan Sun officials. 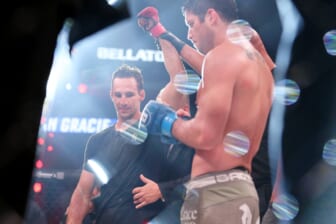