Bellarmine holds on for upset win over Louisville 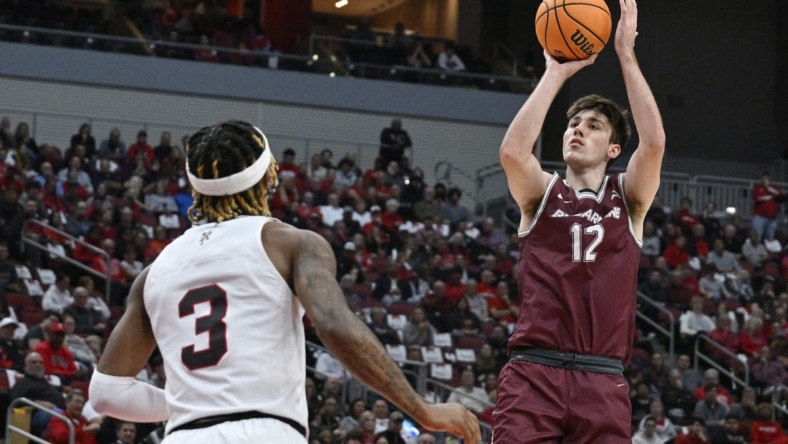 Bellarmine senior Garrett Tipton scored a game-high 21 points and the Knights held on for a season-opening 67-66 victory over host Louisville on Wednesday after the Cardinals missed two jump shots in the final seconds.

Tipton, who scored 12 second-half points, shot 9-for-16 from the field, while Bash Wieland made 11 of his 12 free-throw attempts to finish with 13 points.

Bellarmine earned its first win over a Power 5 school since joining Division I two years ago.

Ben Johnson scored eight points by sinking both his 3-point attempts and adding a pair of free throws, while Langdon Hatton and Alec Pfriem each added seven points apiece for the Knights.

Louisville, which trailed by 12 with 4:41 remaining, was led by Jae’Lyn Withers’ 17 points, while Mike James added 16 points. El Ellis had 14 points and five assists, and Brandon Huntley-Hatfield recorded nine points and 10 rebounds.

After mustering just 10 first-half field goals to trail 41-30 at halftime, the Cardinals opened the second half by making six of their first 10 shots during a 16-9 run to pull to within 50-46 following Ellis’ layup with 12:57 remaining.

The Cardinals maintained their momentum and got to within 59-55 on Kamari Lands’ two free throws with 6:41 to go.

However, Tipton hit two free throws and followed with a layup, a fall-away jumper and a layup on consecutive possession to stretch the lead to 67-55 with 4:41 left.

Louisville made its final push by going on an 11-0 run to pull to within 67-66 on James’ 3-pointer with 1:02 remaining. Ellis missed the front end of a one-and-one with 43 seconds left that would have tied the game.

After a Bellarmine turnover with 27.3 seconds left, Lands missed a baseline jumper with eight seconds left and Roosevelt Wheeler’s follow from close range clanged off the rim with four seconds to play.